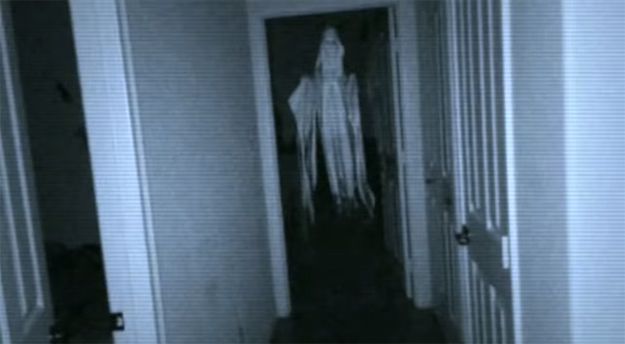 A small taste of the augmented reality game is ready to scare your pants off.  Night Terrors is played in the dark as it ‘haunts’ your home.

We first visited this new concept in augmented reality gaming back in August of 2016. The first incarnation was released soon thereafter.  As this AR experience has been live for a while it is time for a revisit and review.

Game developer Novum Analytics promised an immersive experience unlike any seen before in horror games.  The technology behind the game blends with its surroundings to create a half real half rendered environment designed to immerse the player in his home and have him believe it is haunted. The first sample of this new concept in terror is available for free for IOS and Android users.  Being the horror fan that I am, I was excited to finally download and try this eerie experience.  App acquired and headphones plugged in, a must for the best experience, I was ready to see how creepy my crypt would become.

After a few disclaimers, as soon as the lights were turned off the app crept into action.   Ambient surreal sound effects filled my ears as I explored the darkened domicile.  The only light came from my phone’s LED flashlight, controlled by the game, and the screen which revealed the familiar contents of my home . . . and more.  From time to time the screen would flicker from ‘interference’ in sync with the sounds.  I witnessed a book fly across the room and followed creepy sounds around the home.  A couple of times a ball of (spirit?) energy would either buzz by or dance in front me before trying to escape through the ceiling – complete with dust and particles “falling” from the area it exited.

The overall experience was fun and entertaining.  I was not scared at any point, but having worked in the haunted house realm since I was nine, I rarely do get scared by these kinds of things.  I did relish the atmosphere and immersive intent of the game however.  A few times I was startled by something jumping out at me.

While I was unable to record the experience, this gameplay video from AppSpy is a good representation of the terrors that await:

The good: The immersive element of this augmented reality was a lot of fun, especially with the headphones working in tandem with whatever overlay danced across the screen.  The sounds were pretty good for the most part and the interaction of the spirit energy with the layout of my darkened dining room was amazing.

The bad: Some of the sound effects were a bit over the top cheesy as were a few of the screen overlays.  I would have liked to see the application interact more with its environment as hinted at when the game was pitched.  The game could use more player interaction as well.

Tips: Make sure to wear earbuds or headphones while playing, otherwise you’ll miss most of the action and fiendish fun.  Remember to pay attention to your surroundings; at one point I got so wrapped up in the frightful antics on screen I almost tripped over something in my home. Good and bad aside, if this “dress rehearsal” is a hint at what’s to come, I eagerly await the full version of the game that I’d be happy to buy.

This first fearfully fun find is free to download and try, and I highly recommend and horror fan to do just that.

Night Terrors: The Beginning is recommended for ages 12 and up and is a free download on for IOS users and Android users.  Headphones are strongly recommended. The IOS app was recently updated to allow for bluetooth headphones.