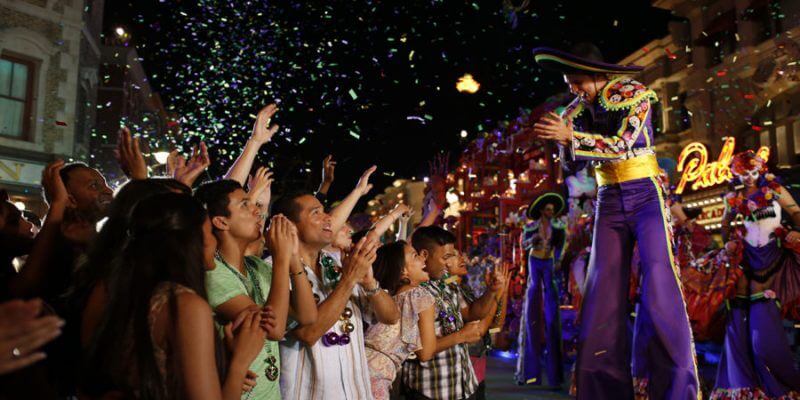 Laissez les bon temps rouler! Let the good times roll! Universal Orlando has announced the dates for Mardi Gras 2018, and it is by far the longest celebration they have ever done.

Last year’s event ran for 50 nights, from February 4 to March 25. This year’s Mardi Gras will run considerably longer, from February 3 to April 7, making for a 64-night celebration of New Orleans culture. The more-than-two-month event will include the popular concert series comprised of some of the biggest names in music, authentic New Orleans food and of course the always-popular Mardi Gras parade.