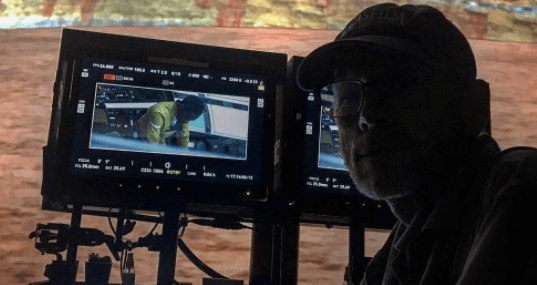 Director Ron Howard has been offering some tongue-in-cheek teases from the Han Solo movie set on his social media accounts, and now he’s giving us a first look at Donald Glover as Lando Calrissian.

lining up a shot today from my director's monitor

It’s a small glimpse at the charismatic smuggler, but an exciting one.

The “Star Wars” spinoff follows a young Han Solo (Alden Ehrenreich), his adventures with Chewbacca, and their encounter with Lando Calrissian.