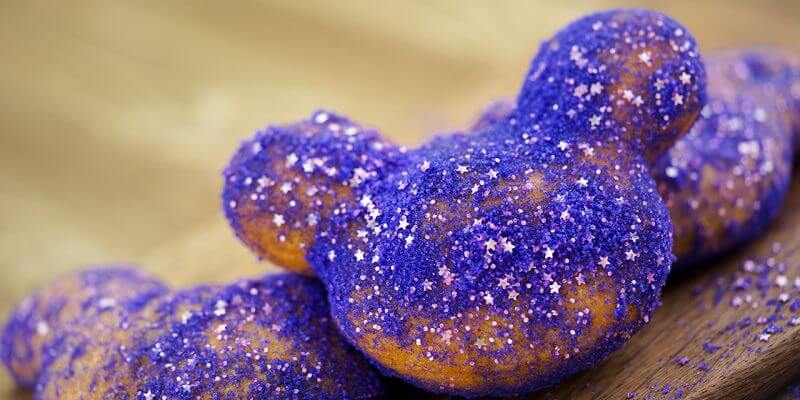 It’s now less than one week away! Disneyland‘s most popular and enduring nighttime show, “Fantasmic!”— which originally debuted in May of 1992 along the Rivers of America at Walt Disney’s original Magic Kingdom– is set to return to the park this Monday after a year and a half hiatus due to construction on Disneyland’s upcoming Star Wars expansion, and the re-routing of the river itself.

And along with “Fantasmic!” comes a wide array of tasty new menu items tied into the show. Beyond the already-announced “Fantasmic!” dinner packages at several Disneyland restaurants, the park is also offering a terrific assortment of delectable desserts, treats, and snacks to tide you over as you wait to enter Mickey Mouse’s imagination. According to Disney’s official announcement, these are the scrumptious selections that will become available in New Orleans Square, Frontierland, and Critter Country beginning July 17th: All of the above and much more fun is coming when “Fantasmic!” returns to Disneyland on Monday, July 17th, just in time to celebrate the 62nd birthday of Disney’s first theme park! Will you be there to join in on the celebration?

Comments Off on “Fantasmic!”-inspired desserts and snacks revealed for popular nighttime show’s return to Disneyland