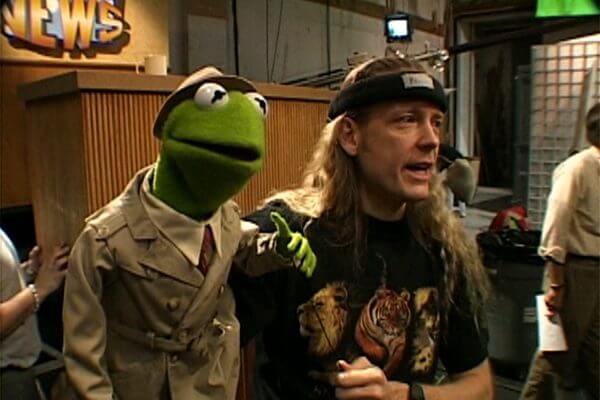 Steve Whitmire, who has performed as Kermit the Frog since 1990, is no longer working with the Muppets.

It’s not clear why Whitmire has parted ways with the Muppets Studio. The news has only recently been confirmed with Disney by ToughPigs. Matt Vogel, who voiced Kermit impersonator Constantine in “Muppets Most Wanted,” is taking over the role full-time. It’s also not clear if Vogel is taking on Whitmire’s other roles, such as Beaker and Rizzo.

UPDATE 7/12: Steve Whitmire has posted a statement on his departure to his new blog Muppet Pundit:

In 1978 when I was asked to join The Muppet Show, the Muppets were the hottest thing on the planet. I was invited to sit at the feet of the true masters, Jim Henson, Frank Oz, Jerry Nelson, Richard Hunt, and Dave Goelz; working alongside them, absorbing different skills from each, as we, along with many talented others, contributed towards the same shared vision, the vision of one man. The result became a skill-set for myself that was sort of a compilation of the best of them all.

For me the Muppets are not just a job, or a career, or even a passion. They are a calling, an urgent, undeniable, impossible to resist way of life. This is my life’s work since I was 19 years old. I feel that I am at the top of my game, and I want all of you who love the Muppets to know that I would never consider abandoning Kermit or any of the others because to do so would be to forsake the assignment entrusted to me by Jim Henson, my friend and mentor, but even more, my hero.

As I am sure you can imagine, I have experienced every possible emotion since October 2016, when I received a phone call from The Muppets Studio’s executives to say they were recasting. Through a new business representative, I have offered multiple remedies to their two stated issues which had never been mentioned to me prior to that phone call. I wish that we could have sat down, looked each other in the eye, and discussed what was on their minds before they took such a drastic action.

I have remained silent the last nine months in hopes that the Disney company might reverse their course. Doing what is best for the Muppets is the lens through which all my interactions have been filtered. Given the opportunity I remain willing to do whatever is required to remedy their concerns because I feel my continued involvement with the characters is in the best interest of the Muppets.

For decades, you have been an invaluable partner in co-creating the existence of the Muppets, and I am humbled by your devotion to them. There is so much more for us to talk about so I have created this site as a place to connect and share on all things Muppet, past, present and future.

Please forgive any faux pas as I have not been active in social media previously and have a serious learning curve. I just want you all to know that I am sorry if I have disappointed any of you at any point throughout our journey, and to let everyone know that I am devastated to have failed in my duty to my hero.

The news of Whitmire’s departure is a surprise for Muppets fans. He had been with the company since 1978 and was selected to take over the roles of Kermit and Ernie after Jim Henson passed away in 1990. Matt Vogel has performed with the Muppets since 1996. In addition to playing Constantine, he has taken on classic Muppet characters Lew Zealand, Floyd Pepper, and the Count.

Vogel’s performance of Constantine at Walt Disney World’s Villains Unleashed event can be seen in our video below.

Vogel’s first footage as Kermit debuts next week in a “Muppets Thought of the Week” video.

Stay tuned for more updates on the Muppets shake-up.

Comments Off on Disney reveals Steve Whitmire no longer performing with the Muppets, Matt Vogel taking over as Kermit the Frog