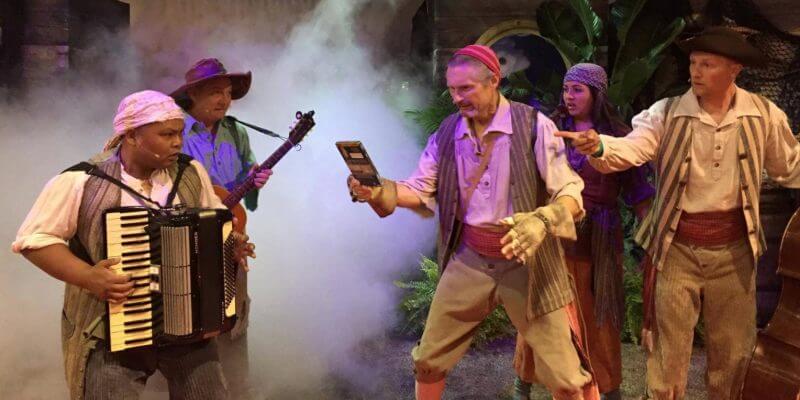 The D23 Expo 2017 is officially underway – and its opening was invaded by pirates! Disneyland’s pirate band the Bootstrappers were on hand to perform for invited press and select guests as the doors to the convention hall were thrown open for the first time.

Behind them, a familiar face from Walt Disney World tweeted his way through the act: Peg Leg Pete, the animatronic parrot that used to act as a barker outside the Magic Kingdom’s Pirates of the Caribbean attraction!

It was all in promotion of the upcoming 4K Blu-ray release of “Pirates of the Caribbean: Dead Men Tell No Tales.” (Disney doesn’t miss an opportunity for synergy!) Captain Jack Sparrow himself (though not Johnny Depp) interrupted the introduction to lead a tour through the exhibit. Check back soon to ITM for a complete tour of the Walt Disney Archives exhibit!