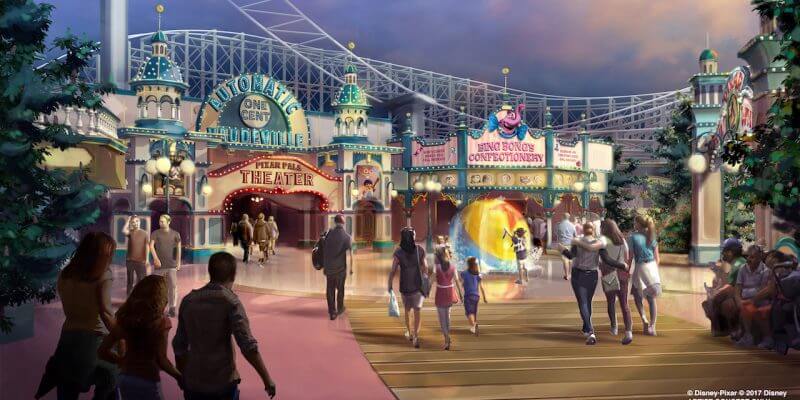 More Pixar stories are coming to Disney California Adventure in 2018 as Paradise Pier transforms into Pixar Pier, announced today at the D23 Expo 2017.

It will sport a new look as characters from Pixar films descend upon it including The Incredibles, Inside Out, and more Toy Story.

Permanent changes to the park include building new areas to help bring the worlds of Pixar to life.

At Disneyland, a new fireworks show will debut along with marking the return of the Pixar Play Parade. Paint the Night is coming back – but this time to Disney California Adventure.