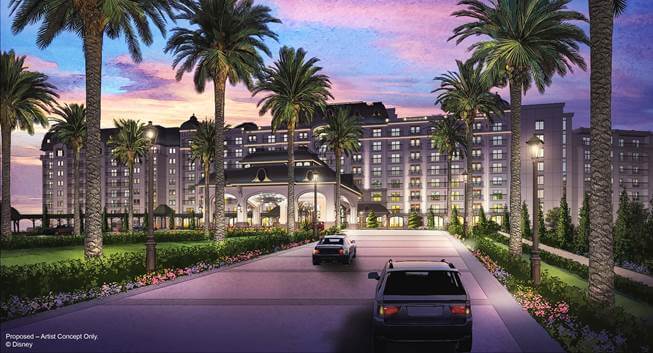 A new Epcot area hotel was announced today at the D23 Expo 2017.

It will be called the Disney Riviera Resort, connecting to the newly-announced Disney Skyliner skyway transportation system.

“We’re thrilled to announce plans for a new Disney Vacation Club property called Disney Riviera Resort coming to Walt Disney World Resort,” Chapek said. “Our Vacation Club Members are among our most loyal fans, and we think that they will love what we have planned, especially the rooftop restaurant that will offer unbelievable views of nighttime spectaculars at both Epcot and Hollywood Studios.”