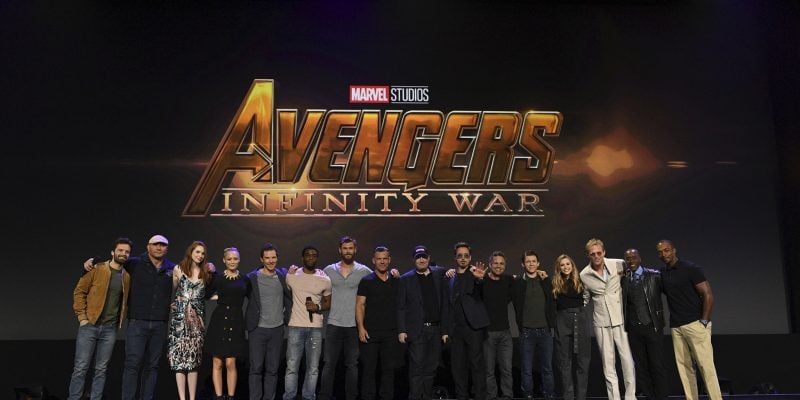 Marvel fans got the ultimate surprise at the D23 Expo 2017 during the Walt Disney Studios presentation as the entire cast of “Avengers: Infinity War” took the stage.

The massive group of superheroes posed for a giant group photo on stage before co-director Joe Russo.

“We’re all here. They’re all here. Let’s see it,” said Robert Downey Jr. They then showed a “look back” montage of the Marvel Cinematic Universe,

The clip featured Thor meeting the Guardians of the Galaxy in the Milano, along with Loki, Spider-Man’s new suit, a blonde Black Widow, and a whole lot of ‘WOW’ moments.

The cast then received a standing ovation from the crowd of fans.