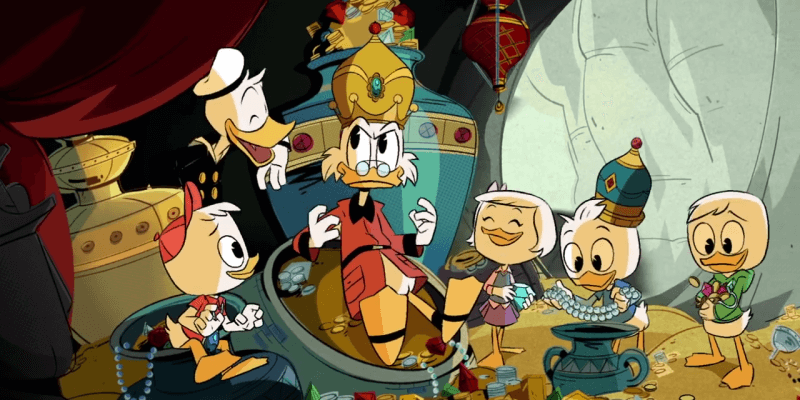 We’ve got good new for those of you who have had the new “DuckTales” theme song stuck in your head since it was revealed last week — you can now buy an extended version of the song on iTunes.

For a reminder, the full intro and song is below.

The new “DuckTales” series begins on Disney XD with a TV movie on August 12 before officially kicking off on September 23.

The catchy song by Felicia Barton is $1.29 and you can purchase through iTunes.

Comments Off on Woo-oo! Extended “DuckTales” theme song available to purchase on iTunes