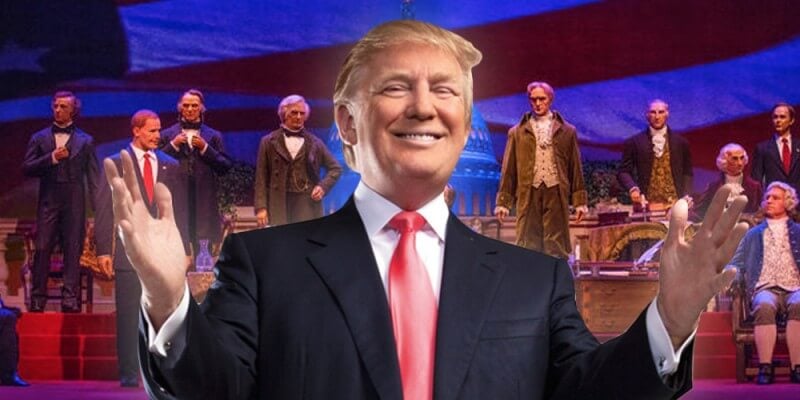 UPDATE (6/28/17): Vice has retracted both of their original stories on the so-called “drama” behind the Hall of Presidents. In their place, a note and apology from their editor remain:

After a thorough investigation into the sourcing of two stories, “”Here’s the Secret Backstage Trump Drama at Walt Disney World’s Hall of Presidents” and “Behind the Scenes of Disney’s Donald Trump ‘Hall of Presidents’ Installation””, and the identification of several factual errors, we have decided to retract both pieces. We are conducting a full editorial review to pinpoint how this source was vetted, and how these stories were approved and published in violation of our usual editorial workflow. We fell short of our standards, and regret the error.

Our original article on Vice’s piece along with Disney’s statement in response to it is retained below.

Walt Disney Parks and Resorts has released an official statement via Twitter regarding the ongoing controversy surrounding whether President Donald Trump will have a speaking role in the Hall of Presidents attraction.

“As we have stated, President Trump will have a speaking role in the Hall of Presidents like every president since 1993.”

The statement comes in direct response to an article published by Vice yesterday, which we wrote about earlier today.

“The Vice report is inaccurate,” states the statement from Walt Disney World, in no uncertain terms. “We have been working closely with the White House and the president’s recording session has been scheduled,” the statement continues, refuting claims that Trump’s administration was butting heads with Disney’s Imagineering team in drafting a script for the President to read.

“We have repeatedly stated that the attraction will re-open in late 2017.