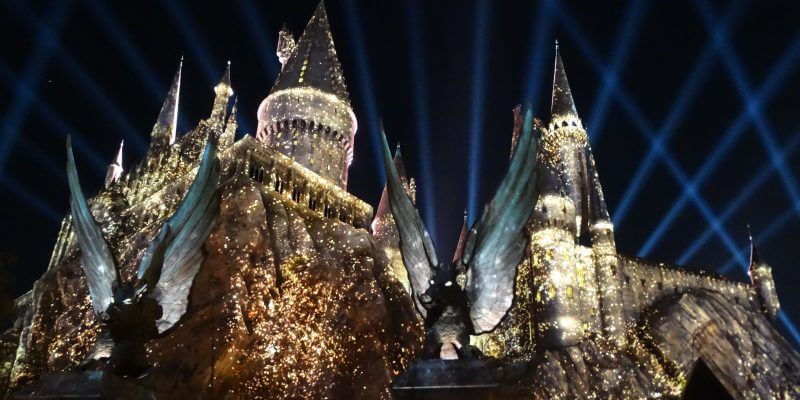 Get ready, witches and wizards (and even Muggle fans of all things Harry Potter)! After a couple weeks of technical rehearsals, Universal Studios Hollywood‘s new projection-mapped light show, “The Nighttime Lights at Hogwarts Castle,” is set to debut next Friday near Hogsmeade Village at The Wizarding World of Harry Potter.

Yesterday evening at the official media preview for the nightly show, I had the opportunity to speak with Universal Studios Hollywood’s Senior Director of Entertainment Production, Stephen Siercks, who told me how and why “The Nighttime Lights at Hogwarts Castle” came together.


The new spectacle showcases the four houses of Hogwarts: Gryffindor, Ravenclaw, Hufflepuff and Slytherin, and takes place multiple times per night throughout the summer. According to Universal, it is accompanied by a “special musical arrangement created by Award-winning composer John Williams based on his original scores for the film series.”

Universal Studios Hollywood on Facebook will host a Facebook Live event to stream the new experience from The Wizarding World of Harry Potter on Friday, June 23 at 8:45 pm PST. Comments Off on VIDEO: How “Nighttime Lights at Hogwarts Castle” enhanced the Wizarding World at Universal Studios Hollywood