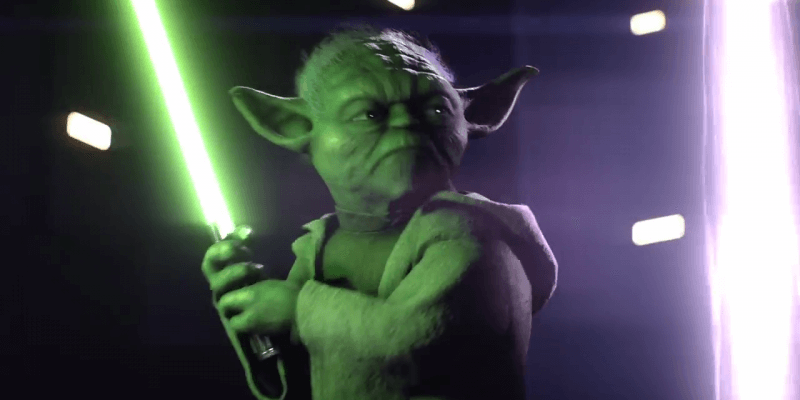 EA DICE brought some new footage of Star Wars Battlefront 2 to E3 2017 over the weekend, and it did not disappoint.

The action-packed trailer shows off a variety of battles, including Darth Maul easily fighting squads of clone troopers before facing off with Yoda. The events of the game are canon, taking place right after ‘Star Wars: Return of the Jedi.’ The story follows an Imperial soldier named Iden Versio (voiced by Janina Gavankar), who is part of an elite Stormtrooper group called Inferno Squadron. She rallies the Empire after the destruction of the second Death Star.

Take a look at the new trailer in the video below.

The new game features both multiplayer and single play mode.

All players will have access to these free content drops that will include a mix of new locations, characters, vehicles, modes, weapons, star cards, and more. Players will also be able to participate in regular live events and challenges that will come with their own special rewards.

Another trailer for the game was released during Star Wars Celebration 2017 in April. Take a peek at the action in that video below.