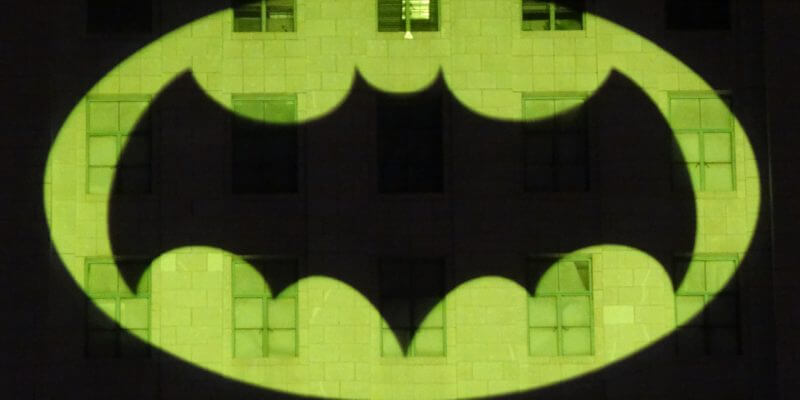 Adam West wasn’t the first actor to play Batman, but he was the first one I remember from watching reruns of the camp-genius 1960s “Batman” TV series growing up. That’s true for many Bat-fans of the past few generations, and when Mr. West passed away last weekend, many were beyond heartbroken.

That’s why last night in Downtown Los Angeles, Mayor Eric Garcetti gathered together with Adam West’s costars Burt Ward (Robin) and Lee Meriwether (Catwoman), along with members of West’s family and the Los Angeles Police Department to pay the ultimate tribute to the Caped Crusader: by shining the famous Bat-Signal on L.A.’s iconic City Hall.


City Hall in Downtown L.A. is famous in its own right– it served as the “Daily Planet” building in the 1950s “Adventures of Superman” TV series, and played itself in “Dragnet,” “Perry Mason,” and the movie “L.A. Confidential,” among many others.

Adam West, also known more recently for playing the voice of Mayor Adam West on “Family Guy” in addition to numerous other roles, passed away on Friday, June 9th at the age of 88. He will be missed.