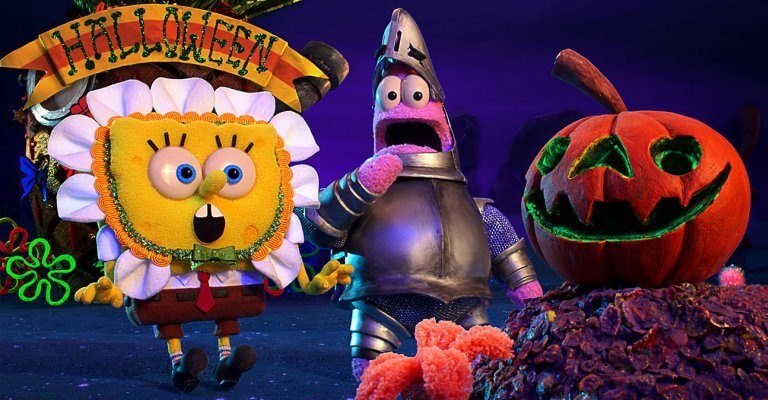 Are you ready, kids!? Nickelodeon’s iconic invertebrate is set to bring some scares to your Halloween season this year. “Spongebob Squarepants” will be starring in a new Halloween special titled “Spongebob Squarepants: The Legend of Boo-kini Bottom” that follows the visual style of the classic Rankin/Bass specials like “Rudolph the Red-Nosed Reindeer.”

Nickelodeon will be teaming up with Screen Novelties to put together this stop-motion holiday special. The production includes coral reefs made from 15 boxes of cereal, Spongebob’s halloween pineapple house decorated with more than eight pounds of glitter and a roller coaster built from hundreds of popsicle sticks.

This isn’t the first time Nickelodeon has teamed up with Screen Novelties. The two came together to create a “Spongebob Squarepants” stop-motion Christmas special in 2012. The new special will feature an original song titled “The Scare Song,” written by Mr. Lawrence who voices Plankton, and performed by the ghostly pirate crew of the Flying Dutchman.

There is no premiere date set for “Spongebob Squarepants: The Legend of Boo-kini Bottom” yet, but it will air sometime in October.