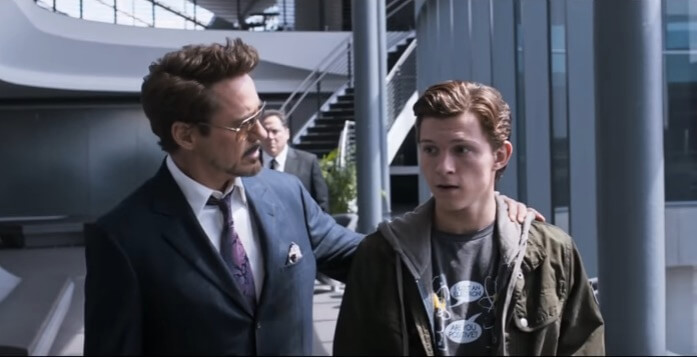 The Marvel Cinematic Universe has been the standard-bearer for interconnected film franchises for some time now. Every movie not only delivers a great story, but it also does a lot to set up not only the next in its own line of films, but films featuring other characters as well.

But did the MCU set up “Spider-Man: Homecoming” long before we initially thought? According to the new actor playing Spider-Man himself, Tom Holland, the web-head appeared on screen all the way back in “Iron Man 2.”

You may remember a scene in the second installment of Tony Stark’s journey during which an army of drones attack guests at the Stark Expo. At one point a small boy wearing an Iron Man mask stands up to one of the drones before Iron Man himself comes to his rescue. Fans have theorized for a long time that the boy in this scene was a young Peter Parker. In a recent interview with the Huffington Post, Holland confirmed that theory.

“I can confirm that as of today,” Holland said. “I literally had a conversation with Kevin Feige only 20 minutes ago. Maybe I’ve just done a big old spoiler, but it’s out there now.”

This theory is just another example of how everything in the MCU is connected and no small detail can be overlooked.

“It’s cool. I like the idea that Peter Parker has been in the universe since the beginning,” Holland said.

Peter Parker will become a much bigger part of the MCU soon, when “Spider-Man: Homecoming” (a co-production between Spider-Man rights owner Sony and the Disney-owned Marvel Studios) swings into theaters July 7.