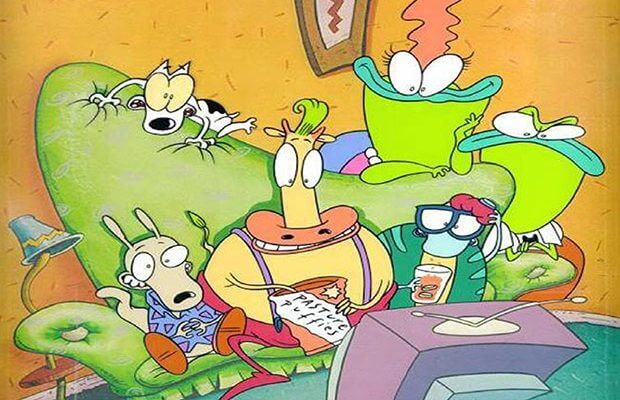 Nickelodeon is making a habit out of bringing back their classic shows as TV movies. Last year, we saw a “Legends of the Hidden Temple” movie and a “Hey Arnold!” movie is set to premiere this fall. Reports say that the network is also working of an “Invader Zim” movie as well.

Today, Nickelodeon announced that they are planning to bring back “Rocko’s Modern Life” in the form of a made-for-TV movie entitled “Rocko’s Modern Life: Static Cling.” The movie will reunite the original voice cast including Carlos Alazraqui as Rocko, Tom Kenny as Heffer and Mr. Lawrence as Filburt. Nickelodeon announcement of the movie also included a little bit of what we can expect to see when the old gang gets back together.

“Heffer and Filburt embrace every aspect of new technology, social media and the endless diversity of food trucks, [while] Rocko whole-heartedly believes his nostalgia for the past can save him from the tortures of the modern world.”

From the looks of things, we can expect a very time-appropriate and down-to-earth story out of the new movie. Of course, if you remember the show, then you know we can expect some hilarious hijinks as well.

There is currently no premiere date set for the new movie but at least we know that Rocko is going to live his modern life on our televisions for the first time in more than 20 years.