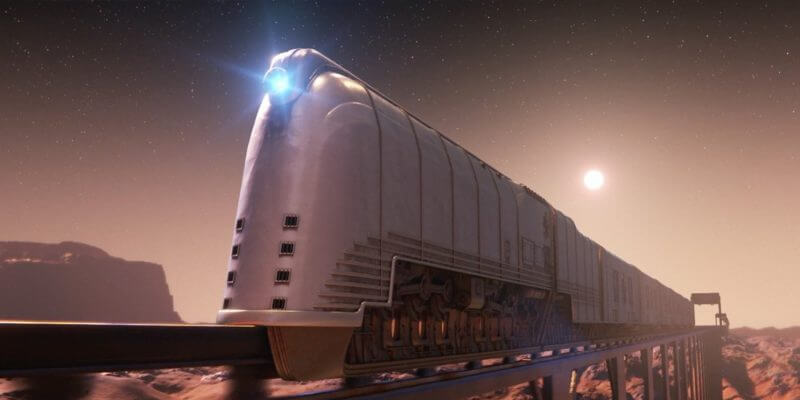 Back at the end of May, we learned that the Disney-owned Pixar Animation Studios had created a new experimental shorts department called “Smash and Grab: Off-the-Rails Filmmaking at Pixar,” and now we’re getting a first look at the department’s inaugural short film (and namesake) “Smash and Grab.”

Pixar technical artist and short film producer David Lally posted some images and a synopsis to his Twitter account today, giving fans a glimpse of what they can expect whenever “Smash and Grab” sees a release.

According to the description, “Smash and Grab” will explore “the use of a comic book development process, virtual production, performance/camera capture, and procedural shading and lighting techniques.” It’s not clear how much of a story the short will convey, or whether viewers will be treated to a truly experimental film that relies solely on images and emotional tone. What’s great is the post makes it clear that filmmakers are receiving “total creative freedom” with these projects, although they are required to create them under a very limited budget.

Whatever the case may be, we will learn more about “Smash and Grab” at this year’s SIGGRAPH conference at the end of July in Los Angeles. 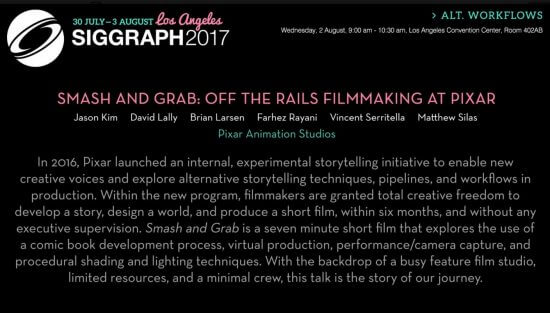