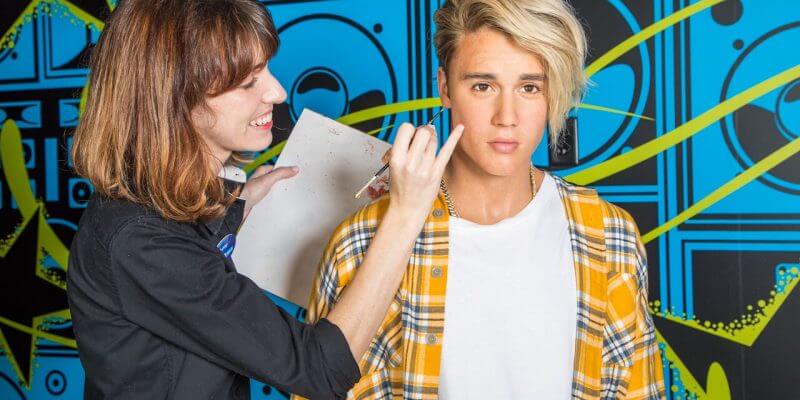 Earlier this month, it was announced that Madame Tussauds Orlando would be adding a brand new wax figure of Justin Bieber. Today, the museum unveiled the new figure of the pop star.

The new figure is the 11th Bieber featured in the various Madame Tussauds museums. It features an up-to-date look, including a new tattoo that Bieber just revealed to the world last week. Madame Tussauds Orlando encourages guests to get up close, touch and take selfies with their figures. Bieber’s figure joins other pop stars like Katy Perry, Rihanna, Pitbull and Miley Cyrus at the Orlando location.