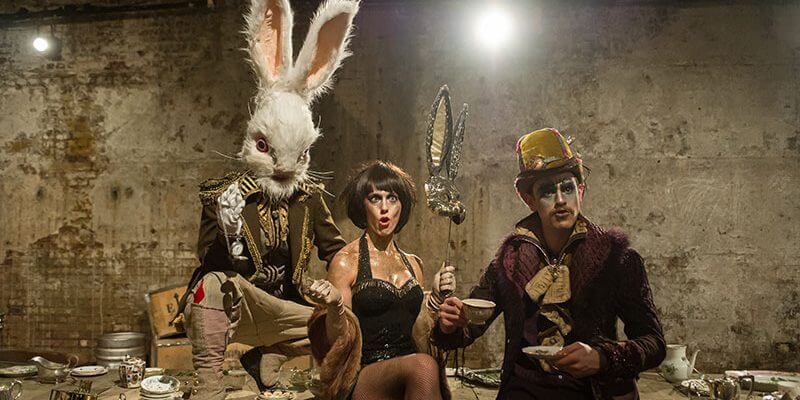 The immersive theater form is becoming more and more popular year by year around the world, so it makes sense that one of the United Kingdom’s most well-known immersive shows, “Alice’s Adventures Underground,” will be making the jump to Asia during a Chinese tour beginning by the end of this year.

The Les Enfants Terribles theater company, which launched “Alice’s Adventures Underground” in 2015, wants to replicate the experience for audiences in China. As with other immersive shows that we have covered here at Inside the Magic, “Alice” transports participants into the world of the story itself (in this case, Wonderland) rather than just allowing the audience to act as passive bystanders. The British production of the show, inspired by author Lewis Carroll’s legendary “Alice in Wonderland” series, was nominated for the prestigious Laurence Olivier award in 2016. “We are honored to not only be creating our Wonderland in China but to be building our very own venue as well,” said producer Emma Brünjes.

“When we first dreamed up the idea of the show five years ago, we never would have imagined that it would be going to China. We are so proud and overwhelmingly excited for Alice’s next journey and to bring this innovative show to a brand-new audience,” added co-directors Oliver Lansley and James Seager.

“Alice’s Adventures Underground” will make its Chinese debut this fall. Be sure to visit Les Enfants Terrible’s official website for more information on both the London and China versions of the show.