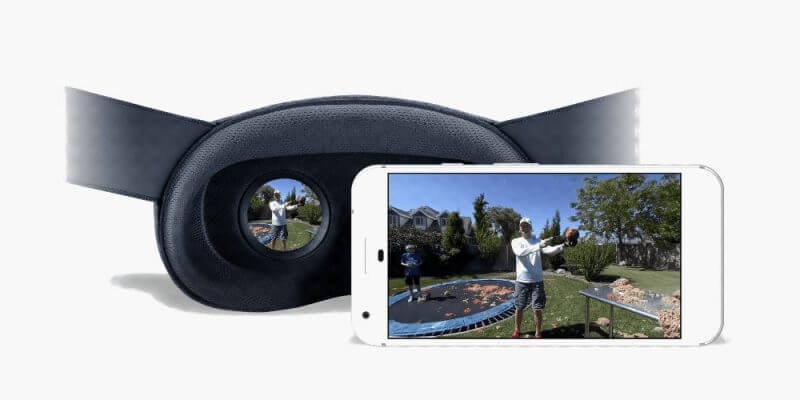 Virtual reality video is about to take a big leap forward in accessibility, both for creators and consumers alike, thanks to Google and YouTube. Google’s newly-announced VR180 video format aims to offer everyone a chance to shoot and enjoy engaging VR content in full 3D without any of the headaches previous incarnations have left us struggling with. And that opens up the door to exciting possibilities in the world of immersive entertainment.

This new video format along with the forthcoming announced line of easy-to-use 3D cameras will offer creators a chance to shoot 3D VR content with ease. Footage shot in VR180 is then specially processed on YouTube to offer a product that’s surprisingly enjoyable whether watching “normally” on a computer or mobile phone or “virtually” using a VR headset. The format is a tremendous step forward in the way we look at VR content, literally.

This new format essentially redefines VR content. When watching 360-degree content it’s more than a little odd to spin around and look behind you, just in case you’re missing something. It’s not something we do a whole lot of in real life. We tend to see the world for what’s ahead of us, along with what we spot in our peripheral vision. The new 180-degree format offers a sort of “dome” view of the world, in which the viewer is free to look forward, up, down, left, and right and get a sense of immersion without ever having to awkwardly spin all the way around or strain themselves. It’s an easy-to-consume VR format.

The viewport established via the VR180 format is actually quite familiar to anyone who’s been to a theme park. Motion simulators have been using this half-domed view for decades, from today’s Avatar Flight of Passage and Soarin‘ dating all the way back to the Back to the Future ride. Guests aboard these attractions are believably immersed the video-based content because it wraps around them. The VR180 format similar wraps 3D visuals around the viewer, simply fading the edges into blackness. The result is a familiar, seamless experience that’s entirely enjoyable to watch. And by not hiding content behind the viewer, you’re never left with FOMO.

It’s also great that you don’t have to watch the content through a headset to enjoy it. Videos shot using VR180 can just as easily be seen as standard videos to be watched on a display in 2D. Again – you can watch knowing you’re not missing anything. It’s a casual VR format that should really catch on in a way that 360-degree videos have not.

While there are thousands upon thousands of them out there that can be fun to fire up once in a while, the gimmicky trend has been a confusing mess of terminology and technology.

To shoot 360-degree content has meant awkwardly holding a camera up that inevitably captured the camera person, often from an unattractive angle. It also frequently resulted in rather low resolution, unappealing visuals that did not translate well to casual viewers on their computers or phones. Only those with VR headsets could truly enjoy this content as it was meant to be seen – but even then, only those with expensive rigs (we’re talking thousands of dollars) were able to shoot 360-degree content in full 3D – which is when virtual reality really shines. And even if you did manage to get your hands on a high-resolution 3D 360-degree camera, you were left with massive video files that required serious computing power to edit and render.

All in all, it has been a horribly clunky system for creating what ultimately has great potential of being personally engaging content.

Google’s new VR180 video format is like a reality check for this cluttered VR world. It’s a breath of fresh air for creators, knowing that they’ll be able to shoot video using a traditionally forward-facing camera, edit it using familiar software (such as Adobe Premiere), and upload it to YouTube where it will auto-magically be transformed into a perfectly viewable video no matter how consumers choose to watch it. So far, YouTube has released a few example videos of what this new format looks like in quite a variety of content. There’s a VR180 tour of Coachella with artist interviews, an exploration of London, and a smile-inducing video of a giant rubber band ball being sawed in half. (No VR180 cat videos… yet.) It’s worth watching at least one of these both on a standard display and then again in a VR headset, just to see how well the format translates between each view style.

So what does VR180 mean for designers and fans of immersive entertainment?

While we have seen plenty of “virtual reality” content so far, most of it has been rather unimpressive due to the technical complications outlined above. The simplification of the format will allow creators to not only free themselves from those burdens to do what they do best, but also offer an easy way to create high quality content.

When Google and YouTube release their new cameras through their technology partners later this year (estimated to arrive sometime in winter), we will no doubt see an influx of excellent 3D 180-degree videos that have the potential of producing cinematic experiences that immerse the viewer into the content with ease.

There’s a huge difference in realism when adding 3D to a video as well. Most of the “virtual reality” content that’s out there today is just a 360-degree flat video, which does not offer the same connection that 3D content does. After all, we see the world in 3D, so the virtual world should be no different.

And don’t worry, even for those who aren’t a fan of wearing a headset or moving your head around while watching, you’ll still be able to enjoy all the VR180 content simply by firing up a YouTube video like normal. It’s the best of both worlds.