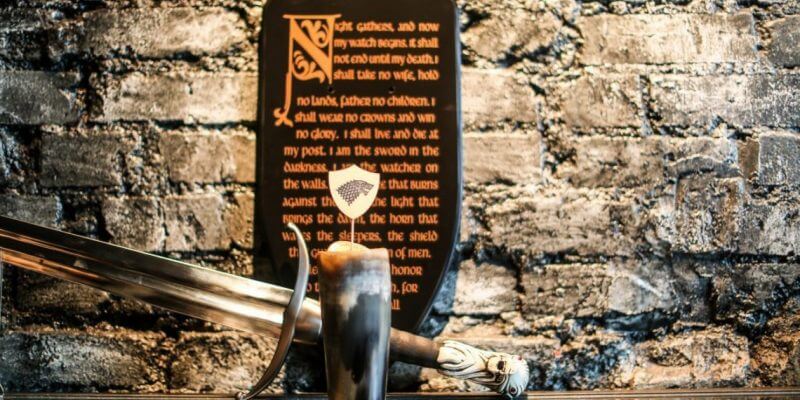 Winter is coming to Washington DC. Drink Company, which is known for creating themed bars, will be converting three of their existing bars into five themed settings from the medieval world of George R.R. Martin’s “Game of Thrones.”

The main attraction, though, will be a full replica of the Iron Throne that co-founder Derek Brown says “is going to be totally ridiculous.” Of course, no themed bar would be complete without a menu full of themed drinks. Guests can enjoy The North Remembers, a scotch and sherry served in a horn-shaped tankard, or perhaps a light and refreshing vodka and fruit drink known as The Lannisters Send Their Regards (complete with a strawberry garnish stabbed with two miniature swords). You also have the option of really lighting up your night with Dracarys, a 100-proof rum drink. Ommegang Brewery’s Bend the Knee, a Belgian-style golden ale, will be on tap after its launch is celebrated by Eastern State Penitentiary being transformed into a castle of Westeros on the same day that the bar opens.

The themed pub will open June 21 and will run through August 27. The seventh season of Game of Thrones premieres Sunday, July 16.