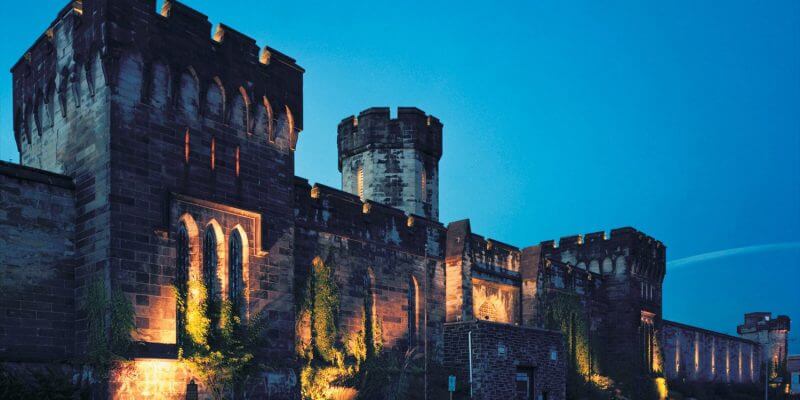 Game of Thrones and a nice big mug of beer seem to go together perfectly, and Ommegang is teaming up with Eastern State Penitentiary to debut a new beer in their ‘Game of Thrones’ collection.

On Wednesday, June 21 from 8PM – 11PM, Eastern State Penitentiary in Philadelphia transforms into a castle in Westeros, where guests can celebrate the new Bend the Golden Knee beer from Ommegang. The rest of the ‘Game of Thrones’ beer collection will be available to sample, along with meats and cheeses from Di Bruno Bros.

In full Westeros style, guests can enjoy live music and fire spinners while they sample beers. Even the Iron Throne itself will make an appearance.

Tickets are $65 per person and go on sale Friday, June 2 at noon. Last year’s event sold out within a day, so get those tickets quickly if you want to have a ‘Game of Thrones’-themed night to remember. To purchase tickets, head over to the Ommegang website.