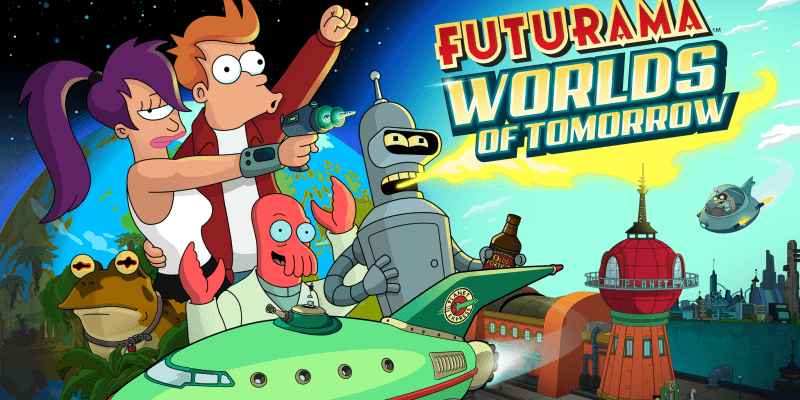 Good news, everyone! The brand-new “Futurama” mobile game “Futurama: Worlds of Tomorrow” from developer Jam City and game studio TinyCo (in cooperation with FoxNext Games) is available right now! The world-building adventure game released for free download this morning, putting fans in control of the Planet Express crew as they interact with countless other characters from the “Futurama” universe.

As I mentioned last week, I attended the launch party for “Futurama: Worlds of Tomorrow” at the Avalon Hollywood concert venue in Los Angeles, where the “Futurama” cast and creative team gathered to celebrate and discuss the new game, plus perform a live table read of an entire classic episode of the beloved animated sci-fi comedy series.

At the event, I spoke with cast members John DiMaggio (Bender), Billy West (Fry, Dr. Zoidberg, Professor Farnsworth), and Phil LaMarr (Hermes) about working on “Futurama: Worlds of Tomorrow” and their thoughts on the future of “Futurama,” as it were. It’s clear this group loves the “Futurama” world and would not hesitate to reunite again and again.

For the game’s official launch today, new trailers and behind-the-scenes videos have been released by TinyCo games, featuring all-new animation by Rough Draft Studios, the team behind the long-running TV series.

At the event, the full cast (minus Katey Sagal, who plays Leela) then assembled on-stage to read the “Futurama” episode “Proposition Infinity,” which originally aired as part of the Comedy Central era of the show.

“Futurama: Worlds of Tomorrow” is available to download for free now on mobile devices from the App Store and Google Play.