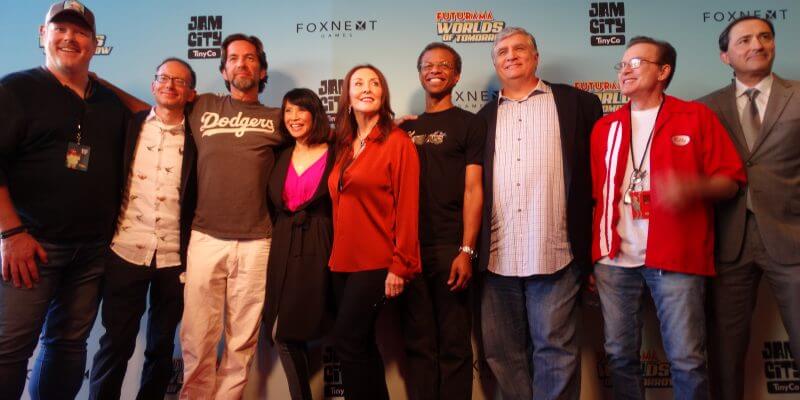 Last night in Hollywood, California, the cast and creative team behind the long running and sorely missed animated sci-fi comedy series “Futurama” reunited for a table read of one of the best episodes from the Comedy Central era of the series– “Proposition Infinity.”

It was all part of a launch party for the new Futurama mobile game “Futurama: Worlds of Tomorrow” from developer Jam City, which includes new writing and voice-over from the minds and stars behind the TV show.

“Futurama: Worlds of Tomorrow” will be available for download beginning Thursday, June 29th on mobile platforms.