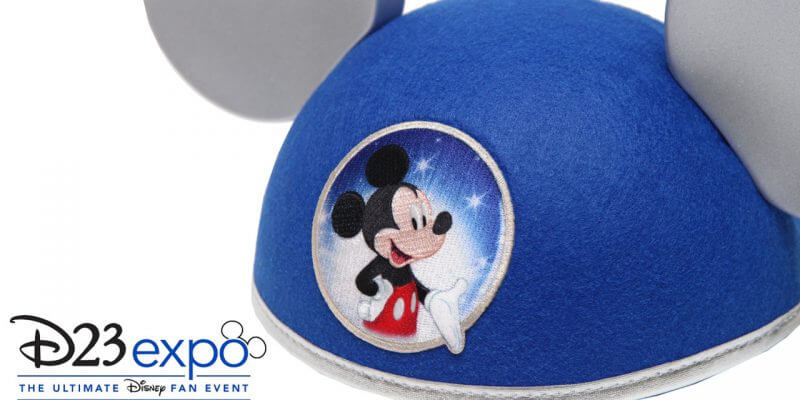 The D23 Expo 2017 will be a one-stop shop for all Disney fans. The Disney Dream Store will be filled with all kinds of Disney parks-inspired apparel, art, collectibles and much more.

Among the park-inspired apparel will be some fantastic headwear for those who want to show their Disney pride is always on their mind.

The classic and timeless Mickey ear hat will get a makeover for this D23 Expo 2017 exclusive. The special design shows off a new color scheme, the D23 logo and an image of the mouse himself. A limited edition, genuine leather hat will also be available to celebrate the 50th anniversary of the Pirates of the Caribbean attraction. The hat will be presented in a decorative treasure box and will feature a pirate-themed medallion and a pirate-patterned interior.

This hat will have an edition size of only 230 so be sure to get yours as soon as possible.