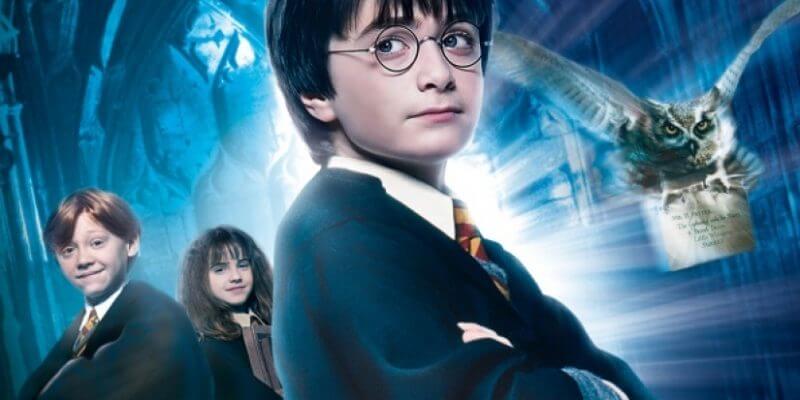 As we celebrate, we’re taking a look back at some of our favorite Harry Potter moments at Universal Studios over the years. First, we have the new “Nighttime Lights at Hogwarts Castle” projection show, which recently debuted at Universal Studios Orlando and Hollywood. The spectacular show highlights the four Hogwarts Houses: Gryffindor, Slytherin, Hufflepuff, and Ravenclaw.

Diagon Alley is a truly special part of The Wizarding World of Harry Potter at Universal Orlando, making visitors feel like the books have come to life. Take a walking tour of Diagon Alley below.

Adding to the magic at Universal Orlando, guests can use their wands from Ollivander’s to create special effects throughout Diagon Alley and Hogsmeade.

Gringotts Bank has been fully realized for the Escape from Gringotts attraction. The elaborate queue brings you face-to-face with the goblin employees as you make your way toward the security check.

There are a few celebrations happening on social media today as well.

UK publisher Bloomsbury and Pottermore teamed up with Twitter to create a special hashtag emoji for the occasion. Adding #HarryPotter20 to your tweets brings up Harry’s iconic glasses and lightning bolt scar: Author J.K. Rowling sent a heartfelt message to Twitter fans who have embraced the story of Harry Potter over the last 20 years.

20 years ago today a world that I had lived in alone was suddenly open to others. It’s been wonderful. Thank you.#HarryPotter20

Facebook is getting in on the fun, too. Typing Harry Potter-related words in your Facebook status creates a magical special effect. For example, “Harry Potter” turns red when added to a status, and hovering over the words with your mouse summons an animated wand casting a spell.

The magic wand effect also works with any of the Hogwarts Houses.

Have you spotted any other magical “Harry Potter” celebrations online today?