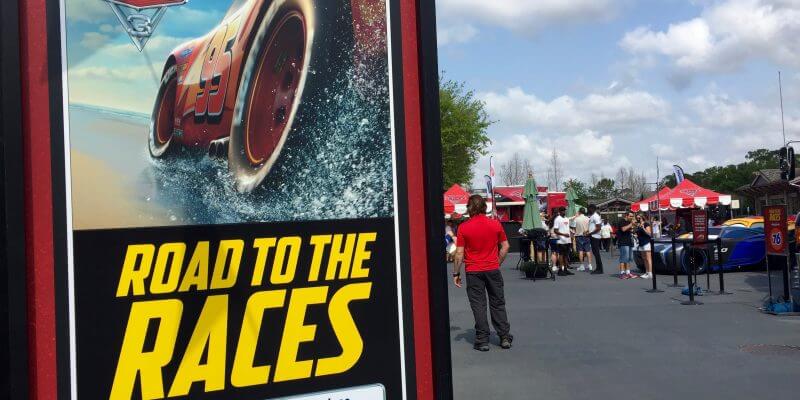 Last March, the characters of Disney-Pixar’s upcoming sequel “Cars 3” raced into Disney Springs at Walt Disney World. Soon, fans of the Cars franchise on the west coast will get to meet these characters too as the “Road to the Races” tour makes its way to Downtown Disney at Disneyland Resort.

Life-size replicas of Lightning McQueen, Cruz Ramirez and Jackson Storm will welcome guests to the festivities that will include an fun pit crew experience, an interactive play area, an opportunity to learn about the history and science behind NASCAR and much more.

WATCH the “Road to the Races” tour at Disney Springs in Walt Disney World: