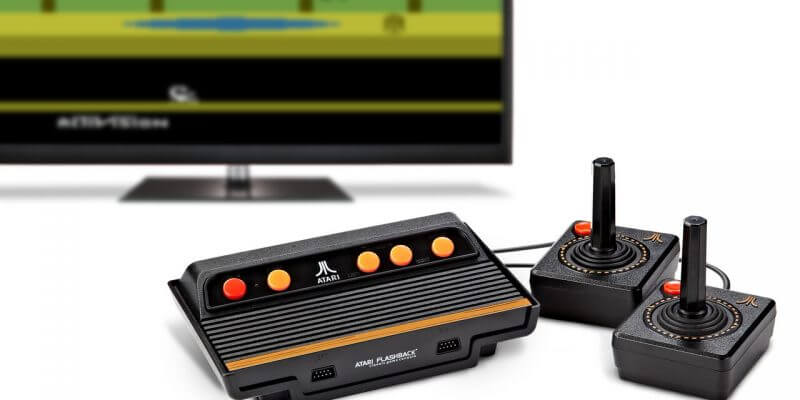 Nintendo’s announcement of the SNES Classic hasn’t been the only exciting classic gaming news recently. Last month, AtGames announced a lineup of remade classic video games to be released this fall. The gaming company will be releasing brand new versions of classic gaming consoles, Atari 2600 and Sega Genesis.

AtGames has released classic gaming consoles in the past, based on Atari and other classic games. This year, though, they will look to improve upon their already impressive catalog by adding features like wireless controllers and portable gaming devices. The Atari Flashback Portable Game Player includes a catalog of 70 built-in games including PAC-MAN. Other features include a rechargeable battery and an optional TV cable that allows you to play on a bigger screen. The Sega Genesis Flashback features 85 built-in games as well as a cartridge port that allows you to play almost all of your favorite old games. Wireless controllers are included and the same 720p HDMI output and save/pause/rewind features can be found in this console as well. Finally, the Ultimate Portable Game Player includes 85 built-in games. The built-in rechargeable battery and TV optional cable can be found here as well, and there is even the option to add your own games with an SD card.

All of these products will be available across multiple retail locations this fall.

Comments Off on AtGames announces remake of classic games, including Atari and Sega Genesis