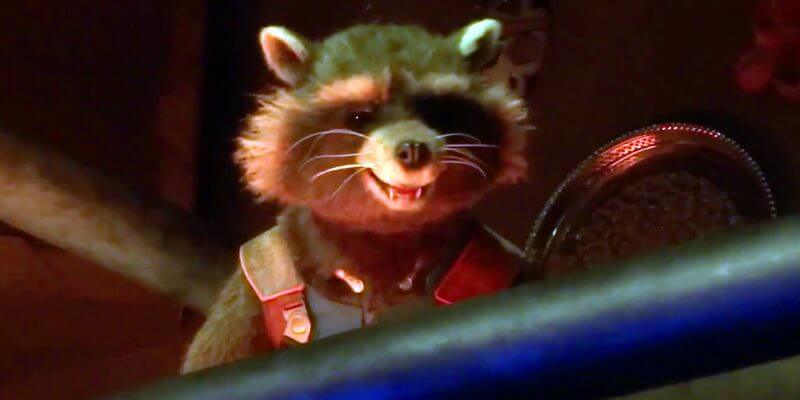 The new Guardians of the Galaxy – Mission: BREAKOUT! attraction at Disney California Adventure was created within the structure of the former Twilight Zone Tower of Terror. While the ride system remains the same, offering a thrilling series of drops, there’s no denying this is an entirely new attraction – especially as guests come face-to-face with one impressive new animatronic.

Unlike the former Tower of Terror, the new “Guardians” ride features an impressively lifelike Audio-Animatronics figure of the Guardians of the Galaxy‘s own diminutive delinquent Rocket Raccoon. Rocket is present in the pre-show area that once served as the Hollywood Tower Hotel’s library, where he briefs guests on their mission to rescue his friends. He talks – and even walks around – stealing a walkman that fuels the ride’s music.

Guardians of the Galaxy – Mission: BREAKOUT! will officially open this Saturday, May 27th at the Disneyland Resort.