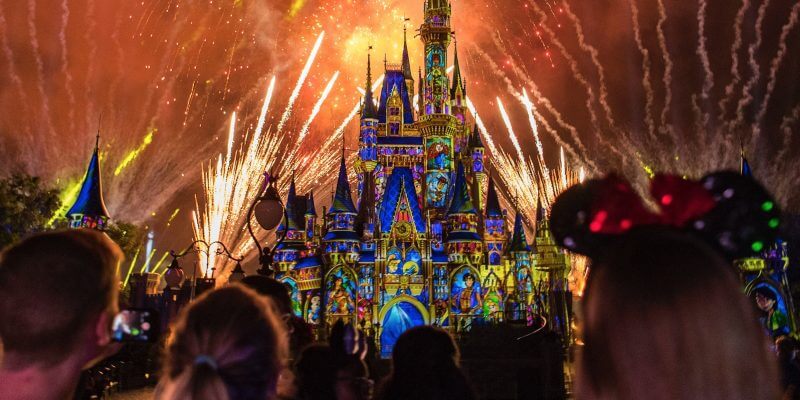 Fireworks, projections and lighting effects are just the surface of this all new illuminating display.

Tonight, Magic Kingdom has debuted “Happily Ever After,” its newest-nighttime spectacular to light the skies over Cinderella’s castle. The new show, which takes the place of “Wishes,” is a complete rework with all new elements that help guests find their own “Happily Ever After.”

We had two cameras rolling in the park as the new show made its premiere. Watch our multi-camera video below!

WATCH – “HAPPILY EVER AFTER” FIREWORKS SHOW:

The stunning new nighttime extravaganza features more lasers, lights and projections than any show at Magic Kingdom Park before it. “Happily Ever After”

“Happily Ever After” is a nighttime spectacular on an entirely new level from “Wishes.” The lights, lasers, and incredible new fireworks are complemented by beautiful soundtrack that together create a moving and captivating show. The 18-minute show features moments from classic Disney films including “The Little Mermaid” and “Aladdin” to modern blockbusters “Moana” and “Zootopia.” Cinderella Castle is covered with animated projection, including Quasimodo from “Hunchback of Notre Dame” swinging from the turrets, Woody and pals from “Toy Story” recreating the castle entirely out of toys, and Maleficent from “Sleeping Beauty” enveloping the castle in her signature green flames.

Of course, Tinker Bell appears too, flying across the night sky.

You can now catch “Happily Ever After” nightly at Magic Kingdom.