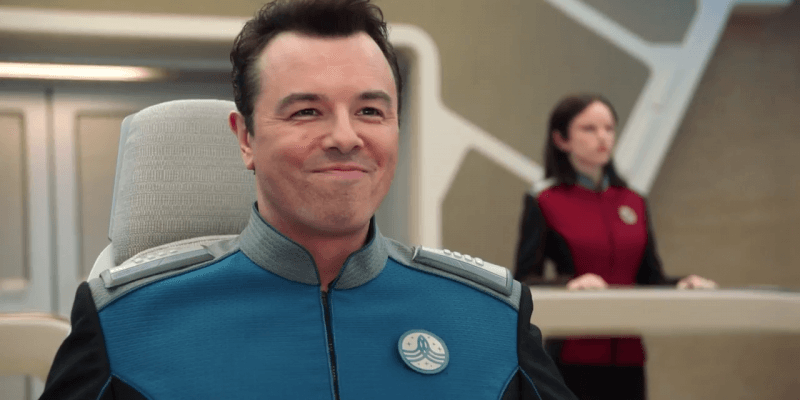 Seth MacFarlane’s new series The Orville is “Family Guy” humor in outer space. MacFarlane and Adrianne Palicki star as a divorced couple who are forced to team up to captain the U.S.S. Orville along with a crew of wacky characters.

The trailer kicks off with Victor Garber reluctantly offering MacFarlane the job of his dreams as captain of the Orville. “You’re nobody’s first choice for this,” he says.

See the full trailer for the “Star Trek“-spoofing comedy below.

The Orville is directed by Jon Favreau and premieres on Fox later this year.