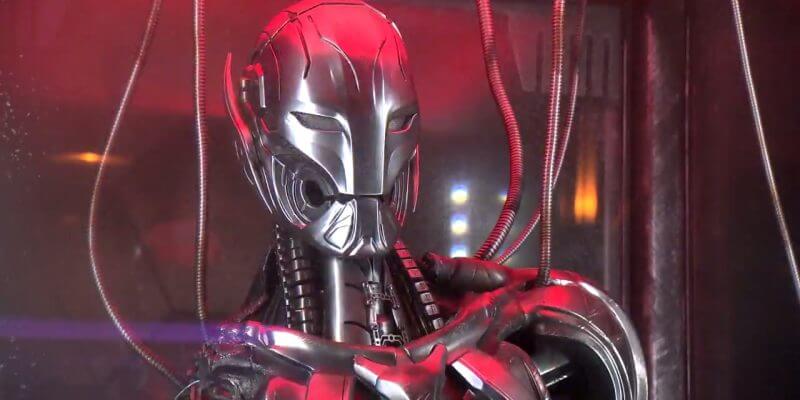 Today Disney released a new video featuring a sneak peek of the queue for the Guardians of the Galaxy – Mission: BREAKOUT! attraction opening at Disneyland this week, and it is loaded with Marvel Easter Eggs.

In the video actor Benicio Del Toro, who portrays Taneleer Tivan or The Collector in both the first “Guardians of the Galaxy” film and the new attraction, explains his role in the ride.

WATCH the sneak peek at the new attraction:

There was certainly a lot to see in that short video. Many of the artifacts in Tivan’s collection play hold some kind of importance in regards to the larger Marvel universe. Let’s take a look. This armor may look familiar. That’s because it belongs to the Nova Corps, who played a big role in the first “Guardians of the Galaxy” movie. There may not be a specific significance with this case of eyes, but rather it could be a reference to Rocket’s comedic obsession with obtaining body parts that he “needs for his plan.” This artifact is a weapon known as the Warlock’s Eye. It has been seen in Odin’s trophy room in “Thor.” Cosmo was seen in “Guardians of the Galaxy” but was also an integral member of the team for a stint in the comics. This mask has been seen before on the antagonistic Dark Elves in “Thor: The Dark World.” No speculation needed for this one. The eyes on the right are labeled “Chitauri,” referencing the alien soldiers from “The Avengers.” The bin on the left is labeled “Orloni” which references small rodent creatures that can be seen in the beginning of “Guardians of the Galaxy Vol. 2.” The label seen in this one explains that these are “Kree artifacts.” Kree is an alien race that was featured in “Guardians of the Galaxy.” Ronan the Accuser, the film’s antagonist, was a Kree that was excommunicated from his people. This one is very interesting. The artifact labeled “Cocoon of unknown origin” may have been seen in Tivan’s collection in “Guardians of the Galaxy.” Fans spotted the cocoon and assumed it was Adam Warlock in his hibernating state. Director James Gunn has referenced the fan theory in the past and it is believed that we will see Warlock in future Guardians films. Finally, we get a glimpse at the remains of an Ultron. The robotic villain has plagued the Avengers for years in the comics and was featured in “Avengers: Age of Ultron.”

There are also plenty of other things to see in this video. Guests will certainly have no shortage of things to see at this new attraction. Can you identify any other direct references to Marvel properties? Guardians of the Galaxy – Mission: BREAKOUT! opens this Saturday, May 27th at Disney California Adventure.