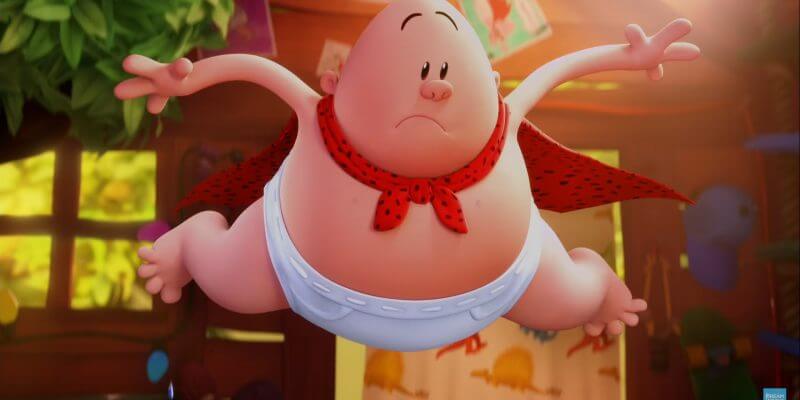 Legendary comedy musician “Weird Al” Yankovic has been commissioned to write and/or perform tracks for a long list of movies and television shows in the past, including “Spy Hard,” “George of the Jungle,” “Pokemon: The Movie 2000,” “The Simpsons,” “My Little Pony: Friendship is Magic,” and “Galavant.”

Now Al has been tasked with creating the theme song for the new feature film “Captain Underpants: The First Epic Movie,” and today distributor DreamWorks Animation released the lyric video for the upbeat anthem.

“Captain Underpants: The First Epic Movie” is based on the “Captain Underpants” children’s novel series by Dave Pilkey. It stars Ed Helms (“The Office,” “The Hangover”) as the voice of the title character, with additional cast members Jordan Peele (“Key and Peele”), Kevin Hart (“Ride Along”), Nick Kroll (“The League”), Kristen Schaal (“Toy Story 3”), and Thomas Middleditch (“Silicon Valley”).

The movie was directed by David Soren (“Turbo”) and will open in theaters on Friday, June 2nd.

Comments Off on VIDEO: The “Captain Underpants” movie gets a theme song by “Weird Al” Yankovic