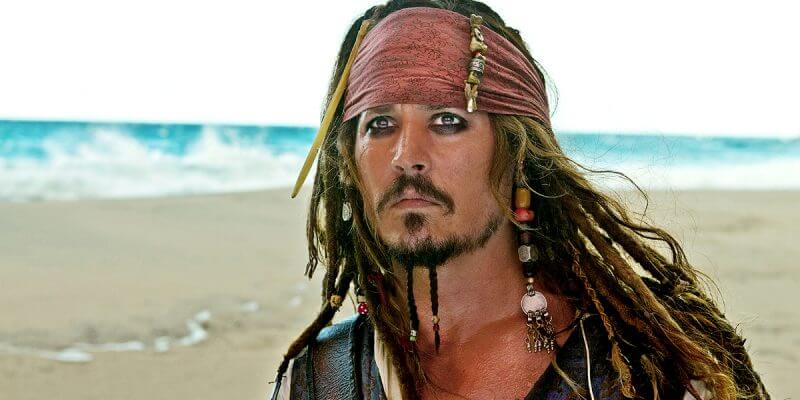 The “Pirates of the Caribbean” feature film series is something of an unlikely success story. Prior to the first entry’s release in 2003, the only movie directly inspired by a theme park attraction had been Disney’s made-for-TV “Tower of Terror” starring Kirsten Dunst, which flew pretty far under the radar. But when “Pirates of the Caribbean: Curse of the Black Pearl” vastly exceeded all expectations, both at the box office and in the eyes of critics, a new theatrical franchise was born.

Fourteen years and four sequels later, the newest installment “Pirates of the Caribbean: Dead Men Tell No Tales” is sailing its way into theaters this week, and after the generally poor fan reception (though record-setting financial performance) of the laborious previous movie “On Stranger Tides,” the breezy fifth entry in the “Pirates” saga feels a bit like a breath of fresh sea air.

New directors Joachim Rønning and Espen Sandberg (of the 2012 Norwegian historical drama “Kon Tiki”) have been brought in by Disney and producer Jerry Bruckheimer to keep the “Pirates” ship afloat, and they do a capable job of reclaiming the one key ingredient the fourth entry lacked: a sense of swashbuckling fun. An early bank heist sequence in “Dead Men Tell No Tales” recalls the pulse-quickening (and physics-defying) action of a “Fast and Furious” movie, but with galloping horses and a mobile building in the place of souped-up sports cars.

The cast– as tends to be the case in this franchise– is stocked with ringers, and Johnny Depp’s Captain Jack Sparrow is still a giddy, staggering, slurring delight. Geoffrey Rush also makes a welcome return for his fifth “Pirates” movie as Captain Hector Barbossa, probably the most stereotypically piratey character the series has to offer, complete with pegleg and growling bark of a voice. Newcomer Kaya Scodelario (“The Maze Runner”) makes for a first-rate new female lead as Carina Smyth, an appropriately headstrong foil to her male counterparts. The only weak link in the bunch is Brenton Thwaites (“Maleficent”) whose Henry Turner is the bland, uninteresting center of this otherwise palatable cinematic trifle.

Henry Turner, naturally, is the son of Will Turner (Orlando Bloom)– the focus of the first three “Pirates of the Caribbean” films– who makes an all-too-brief return here to give his heir a movie-length quest and then disappear for most of the running time. Also aboard for this journey is Javier Bardem, who plays the menacing Captain Salazar, an undead pirate hunter who wants nothing more than to exact revenge on Jack Sparrow for the events that led to his nightmarish curse. Bardem has proven several times over that he can skillfully create interesting, unique, and memorable villains (in the Coen Brothers’ “No Country for Old Men” and the 007 movie “Skyfall”), and his performance here is no exception.

Salazar– whose face is a pale, cracked, ghostly white and whose hair flows eerily as though submerged underwater– enlists the help of Barbossa in tracking down the now-aimless Sparrow, who’s in a dejected state after being abandoned by his crew and having given up his personal compass, both literally and figuratively. Carina and Henry are also seeking Sparrow for their own reasons, and they’re all after a mystical staff called the Trident of Poseidon, that will undo each and every ocean-borne curse– include the one afflicting Will Turner.

It’s all very convoluted, of course, and the magical mythology of the “Pirates” franchise has always felt like it’s being made up as it goes along, but this movie somehow manages to find ways to make the whole venture entertaining once again, such as in an anarchic riot sequence set at a public hanging or the grand seabed finale wherein all in the various interested parties square off to take possession of the aforementioned trident at the bottom of a parted ocean, “Ten Commandments”-style.

Thankfully, despite the obvious biblical allusion, in the end there’s nothing too self-serious or overbearing about “Pirates of the Caribbean: Dead Men Tell No Tales.” It’s a movie committed to delivering what the audience expects: plucky heroes, lush tropical locales, and spirited adventure. The production design and character concepts are, as in prior chapters, mesmerizing. The slapstick humor setpieces are often worthy of some of the better-known Buster Keaton routines. And the bottom line is that it’s all accomplished with plenty of good fun.

“Pirates of the Caribbean: Dead Men Tell No Tales” will be released into theaters this Friday, May 26th. Comments Off on REVIEW: “Pirates of the Caribbean: Dead Men Tell No Tales” is an adventurous return to the series’ seafaring roots