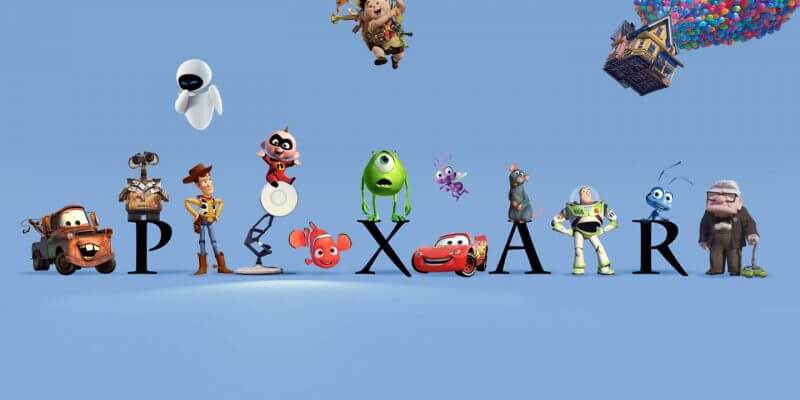 If you’re a fan of great storytelling filled with comedy, love, fear, and an overwhelming amount of passion, you’re probably a fan of Pixar. The film studio has created a plethora of animated classics that have warmed our hearts, made us cry and made us smile.

Have things changed for the popular studio in recent years though?

Recently, an article from The Atlantic has been going around, claiming Pixar has “lost its way” since being purchased by Disney in 2006. I disagree. And if you’ve seen Pixar’s films in recent years, you might disagree too.

“Toy Story 3” was the first Pixar film that was started after Disney’s acquisition of the studio. Obviously, this was a great start but the article argues that it was all downhill from there. Admittedly, the studio did follow that up with what is probably their worst film in “Cars 2.” However, when you look at the whole body of work, it is very comparable to what they did before Disney’s acquisition. Since the inception of the Academy Award for Best Animated Feature in 2001, Pixar has produced 14 films; seven before Disney’s acquisition and seven after. Of those seven films before the purchase, four of them won the award (Finding Nemo, The Incredibles, Wall-E, Up). Of the seven movies that Pixar produced after the purchase, three of them won the award (Toy Story 3, Brave, Inside Out).

Obviously, this was a slight step back but to call it anything more than that is hyperbole.

The article in question also goes on to specifically single out “Brave,” calling it a “disappointment.” Is it really possible for a movie to gross nearly a quarter of a billion dollars domestically, win the Academy Award for Best Animated Feature and still be a disappointment? Let’s not breeze over the fact that “Inside Out,” one of the studio’s recent films, is one of the most highly praised they’ve ever made. When looking at critics’ ratings on Rotten Tomatoes, “Inside Out” is only behind the “Toy Story” films and “Finding Nemo,” with a 98% score.

It’s easy to take a look at the abundance of sequels laid out on Pixar’s upcoming slate and immediately call Pixar out for lacking originality these days. Indeed, three of the upcoming four films are sequels. It is understandable to be frustrated by that fact, but to completely write off these future films as nothing more than cash grabs isn’t fair.

Look at Pixar’s track record with sequels. Obviously, the “Toy Story” sequels are beloved and widely recognized as some of the best-animated films of all time. Yes, “Cars 2” was largely regarded as a step backward for the company, but many would argue that “Monsters University” and “Finding Dory” were still very good films. “Finding Dory” in particular, the studio’s latest sequel, received a 94% score from critics on Rotten Tomatoes. It was snubbed from the Academy Awards, but that doesn’t necessarily mean it wasn’t a very enjoyable movie.

“Cars 3” will be the studio’s next sequel, followed by “The Incredibles 2,” which has been a highly anticipated sequel that fans have been waiting for quite some time. Finally, “Toy Story 4” will bring our favorite toys back to the big screen. Is it necessary to bring Toy Story back for a fourth installment? Probably not, but I’m not going to doubt Pixar’s ability to make audiences love it, especially given how widely loved the third “Toy Story” was.

Statements made about Pixar by the studio’s own President, Ed Catmull, have also come under fire. In his 2014 book, Catmull mentioned if Pixar were to only make sequels, the studio would “wither and die.”

That can obviously be taken negatively, given Pixar’s many sequels on the slate. But that is short-sighted. Catmull’s point is Pixar cannot exclusively make sequels and still succeed. If the slate of upcoming sequels do flop and it looks like Pixar is in trouble, it is unlikely they will follow them up with “Finding Nemo 3” or “Wall-E 2.” They’d more likely give us more originals – like the upcoming “Coco.”

In an interview with The Hollywood Reporter, Catmull shot down the idea that Disney pressures the studio into making more sequels.

“Some people don’t believe this,” Catmull said. “They don’t give us any pressure and they don’t pick any of the films.”

This should reassure moviegoers that the original vision of Pixar has not been lost since the Disney acquisition. The sequels that we have seen, and will see in the future, have come solely from the brilliant minds at Pixar. When they decide that there is more story to tell, that is when we see familiar characters on screen.

In their article, The Atlantic implies many of Pixar’s movies are simply being made to renew interest in theme park attractions across Disney’s parks. While that may be true on some level, it is certainly not a necessity for creating a popular ride. The article argues that “young parkgoers are less likely to be familiar with movies that are more than a decade old.” If you think that’s true, try to get on Magic Kingdom’s Seven Dwarfs Mine Train in the middle of a busy season. The attraction – based on Disney’s 1937 classic “Snow White and the Seven Dwarfs” – is still drawing massive crowds without any sign of a recent sequel. And that’s just one of many rides dedicated to Disney classics. What this all seems to boil down to is Pixar is constantly having to live up to impossibly high expectations they set in 1995 with “Toy Story.” They have given us so many incredible classics that we can’t simply expect every film to be better than the last.

Is the “golden era of Pixar” behind them? Maybe – but if so, it has more to do with them losing the element of surprise and less to do with the quality of films that they produce.

Every time we go into a theater and see that lamp squash that ball, our standards shoot sky high. The fact that they can still occasionally meet and even exceed those expectations proves to me that Pixar certainly has not lost its way.