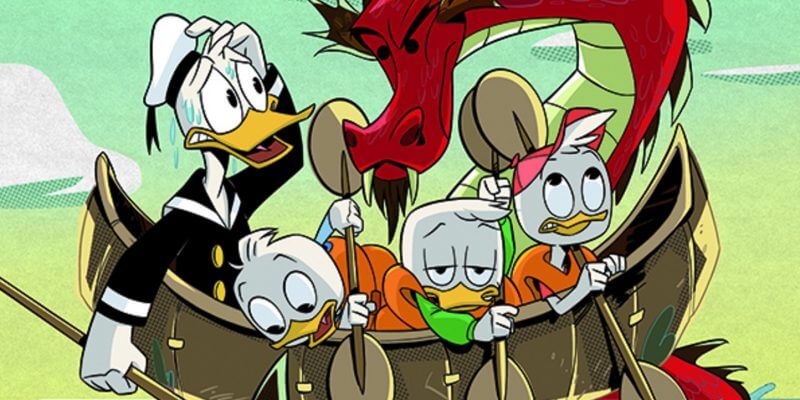 We recently got a preview of the covers for the IDW Publishing’s new “DuckTales” and “Tangled: The Series” comics, and now we can take a peek at some of the artwork inside.

First up is DuckTales, which will be hitting stores in July. The artwork will be the same style used in Disney XD’s “DuckTales” TV series: In August, Tangled: The Series will be released in graphic novel form. Rapunzel and her friends from the Disney XD series will set out on new comic adventures in the series titled “Adventure is Calling.” These preview pages give a glimpse of Rapunzel and Flynn Rider before her coronation day.

What do you think of the artwork? Will you be following DuckTales and Tangled onto the pages of these new comics?