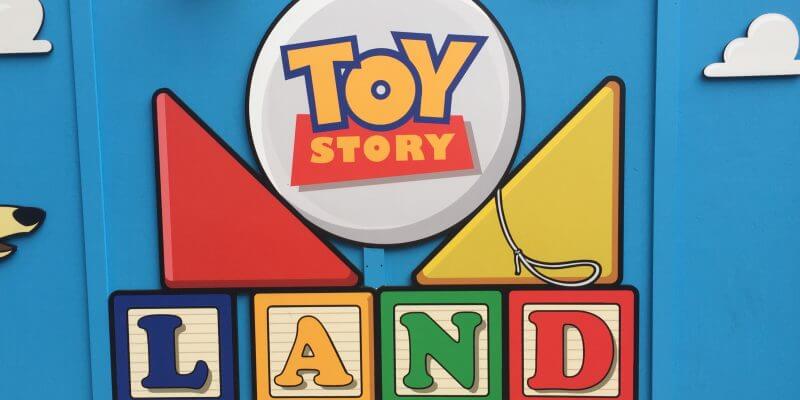 As the dust begins to settle on the wildly successful opening of Pandora – The World of Avatar, Disney fans will slowly turn their attention to the next thing. Toy Story Land is the next big project Disney has in store for guests.

An official opening date has not been announced as of yet, but we do know that Toy Story Land is due to open sometime in 2018. 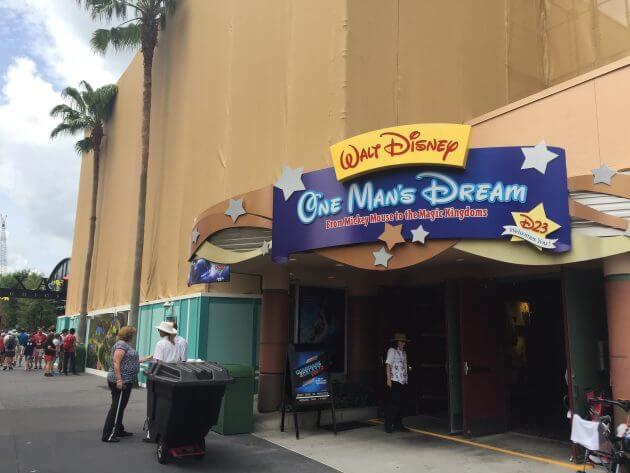 In addition to a solid beige scrim covering the upper half of One Man’s Dream, construction walls have been put up around the attraction that sits right outside of Pixar Place in Hollywood Studios.

The playful characters that we know and love from the Toy Story films pose in various scenarios. Some of them seem to be in the middle of construction projects themselves. 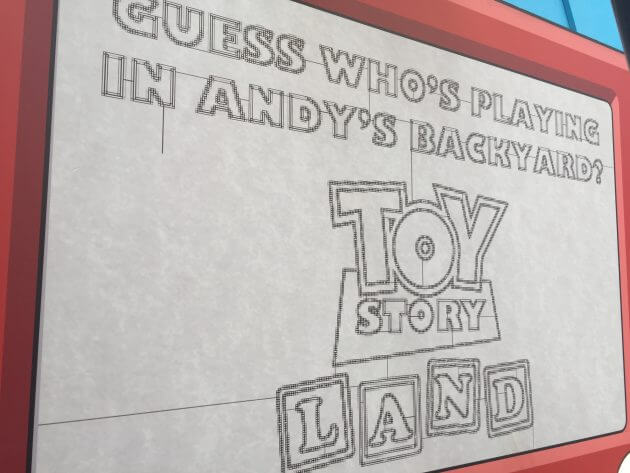 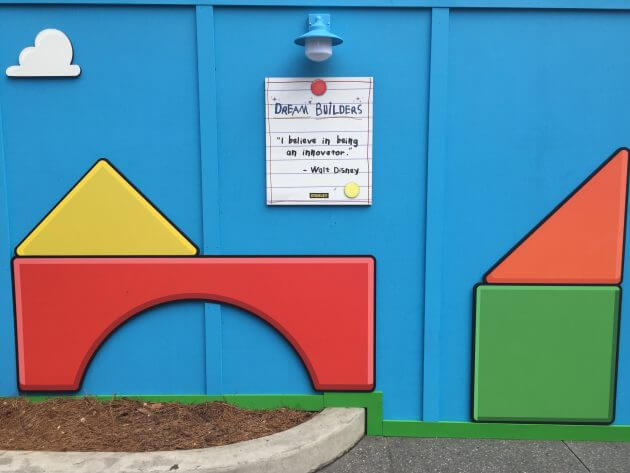 The Green Army Men pool their strength to carry a screwdriver while Jessie moves blocks with a toy front end loader. 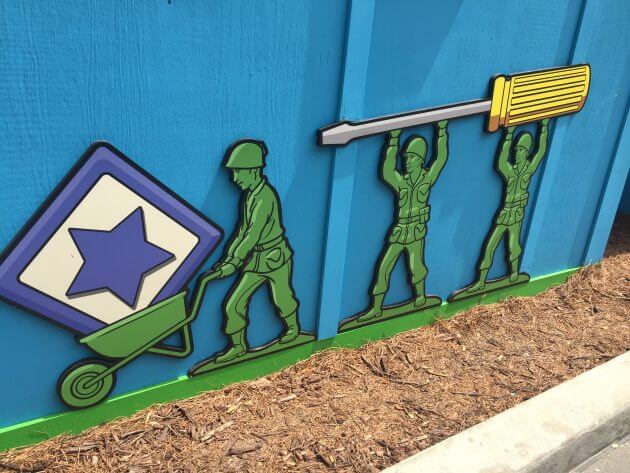 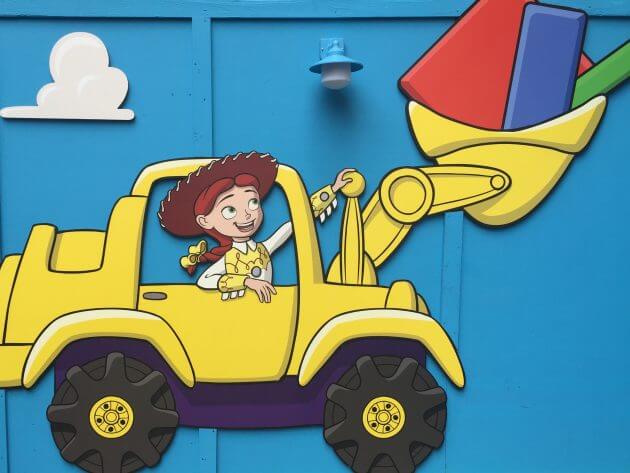 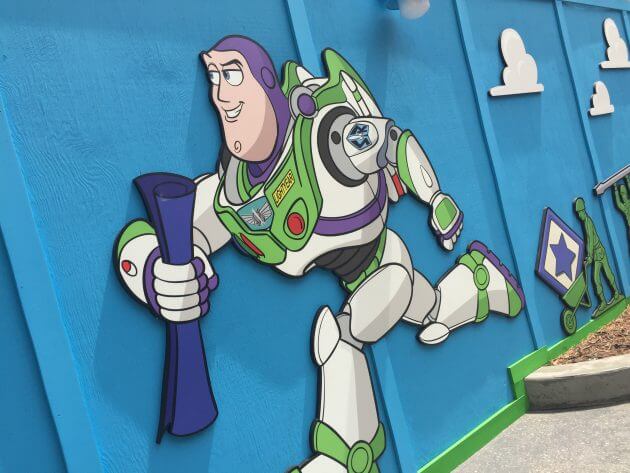 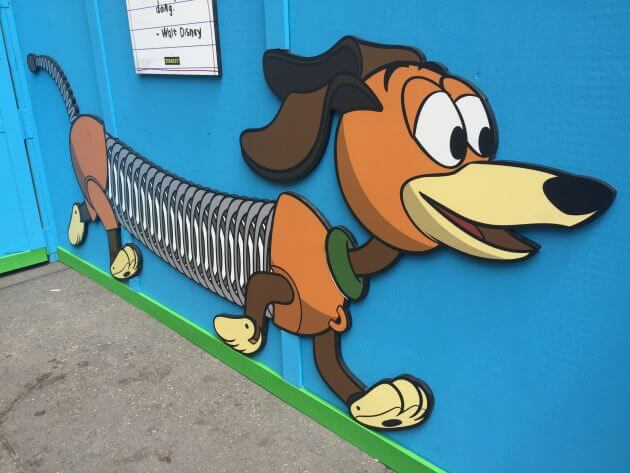 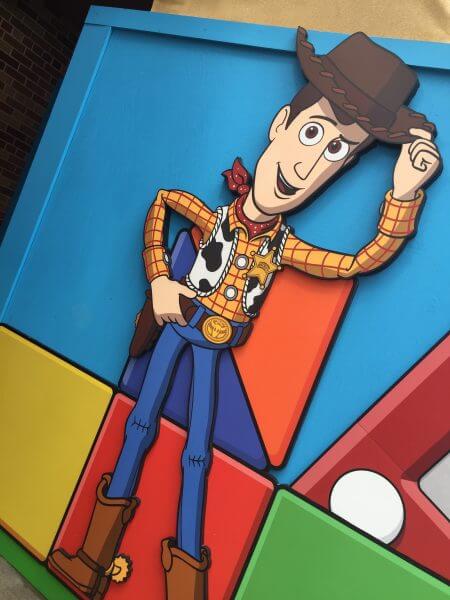 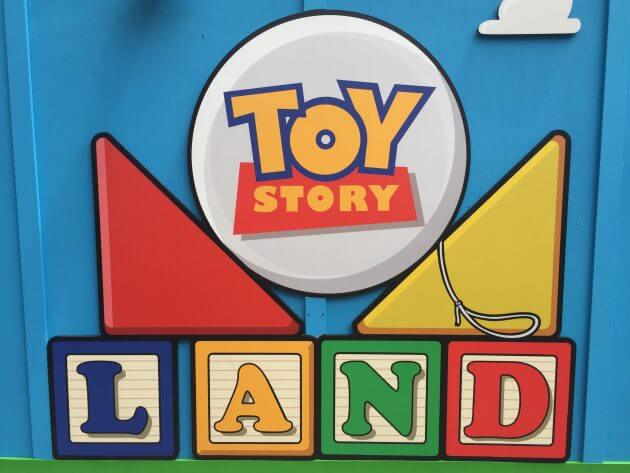 While we wait for the new land to debut, it looks as if One Man’s Dream will be the new spot to watch.