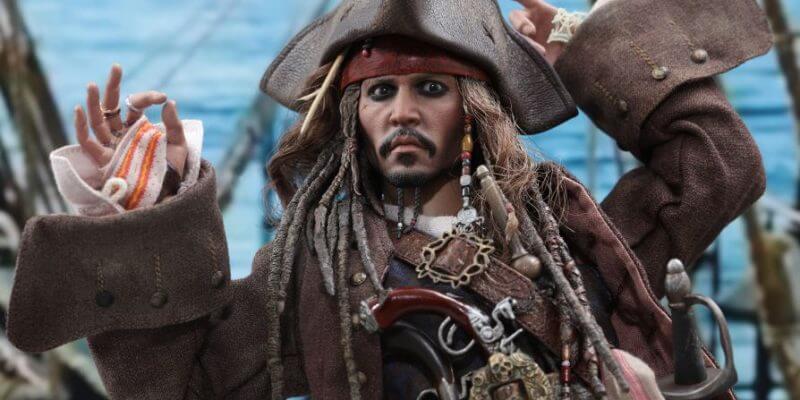 Strap on your pirate boots and get out your eye patch because Hot Toys is unveiling a new Jack Sparrow toy in celebration of the new film “Pirates of the Caribbean: Dead Men Tell No Tales.” This toy is a 1/6th scale figure of Captain Jack Sparrow from the new film in the “Pirates of the Caribbean” series. The figure stands at approximately thirty centimeters tall and features two interchangeable faces with extremely detailed facial gestures. The figure also comes with separate rolling eyeballs to stay in theme with Sparrow’s character in the movie.

The toy is similar to all of Hot Toys merchandise as it was created with precise craftsmanship. The toy’s interchangeable faces almost bring it to life, along with its new intricately tailored costumes designed in replica from Jack Sparrow’s outfit in the movie.

The collection of accessories and weapons that are included with the toy might make you feel like you’re a pirate with the amount of detail these additions contain. They only further the authentic likeness of this replication from the blockbuster hit film. The highly crafted accessories included in the package are a scarf, fake-fur, a small batch of fabric hair on the belt, a compass, a short tube telescope, a head sculpt of his mother with gold-color ornaments, a duck’s foot sculpture, a rum bottle, Jack Sparrow warrant poster, wrist bands of different styles and The Black Pearl in a clear bottle.

The toy is expected to be released sometime at the end of 2017 or in the beginning of 2018. You can pre-order today from Sideshow Collectibles.

Comments Off on New Jack Sparrow figure from Hot Toys sails straight out of “Pirates of the Caribbean: Dead Men Tell No Tales”