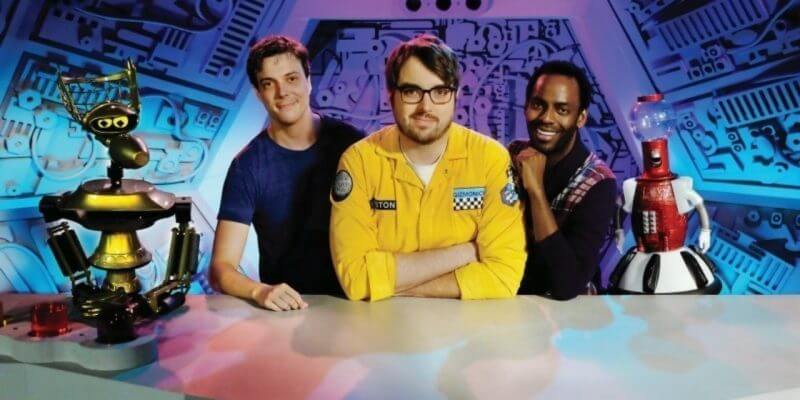 Put on your yellow jumpsuit and get ready to riff on the worst movies ever made because we’ve got movie sign once again! The talent behind the recent successful relaunch of “Mystery Science Theater 3000” on Netflix has announced a live tour of more than two dozen American cities this summer, starting early July in Boston, winding across our great nation, and wrapping up in mid-August in Atlanta.

The tour will even stop for two nights in San Diego, California during San Diego Comic-Con International 2017, and those shows will undoubtedly be hot tickets to get! The full list of the “MST3K: Watch Out for Snakes!” tour dates is as follows: New cast members Jonah Ray (who plays the captive Jonah Heston in the world of “MST3K”), Baron Vaughn (voice of Tom Servo), and Hampton Yount (Crow T. Robot) will be mocking the notorious movie “Eegah”– one of the most hilariously bad films in “Mystery Science Theater” history– plus a super secret surprise movie that has never been featured on the show before. The two shows will be separately ticketed and entirely unique.

“MST3K” creator and original host Joel Hodgson will also be joining Jonah and the ‘bots on tour as emcee, and to talk about the past, present, and future of the beloved cult series to its delighted fans. Tickets for the “Watch Out for Snakes!’ tour go on sale tomorrow morning exclusively to backers of 2015’s “Mystery Science Theater 3000” Kickstarter campaign, and then later to the general public.