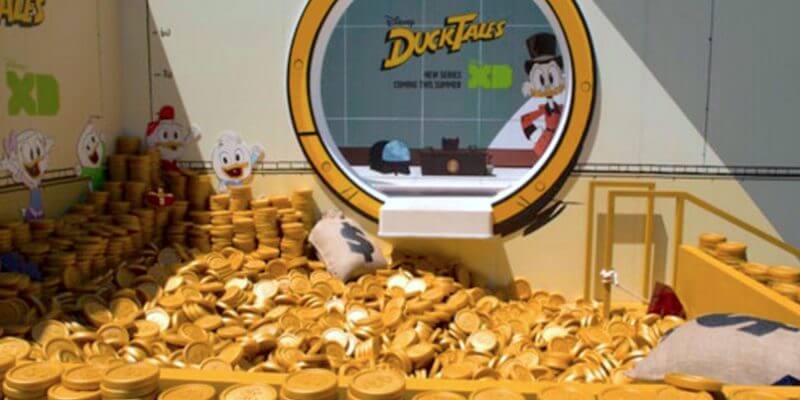 “DuckTales,” “Descendants 2,” and “Tangled: The Series” will be bringing unique experiences to the D23 Expo this summer. The Anaheim Convention Center is set to rock the world of Disney Channel, Disney XD and Disney Junior fans alike with some incredible star-studded panels featuring the talent behind the popular series. Additionally, some of the cast from the “Stuck in the Middle,” “Bizaardvark,” “K.C. Undercover,” “Walk the Prank,” and MECH-X4″ will be popping in and out of D23 Expo Talent Central over the weekend.

Speaking of popping in, Scrooge McDuck’s Money Bin is sure to be a popular “dive” on the show floor, as we reported a few weeks ago. The bin filled with more than 30k plastic coins will give fans the chance to re-enact the iconic “DuckTales” swim as they backstroke their way to a 180-degree video capture that can be shared on social platforms.

Disney Junior’s “Doc McStuffins” will also be hosting an exhibit on the show floor throughout the weekend. Setting up a Toy Hospital Nursery, the doc will be in to help young ones give toy babies check-ups as well as try out the new “Doc McStuffies Baby” app that will launch this summer.

The D23 Expo 2017 schedule is looking for those hoping to hear from their favorite Disney show personalities.

For more information about ticket prices and availability to D23 Expo 2017, visit the D23 Expo website.