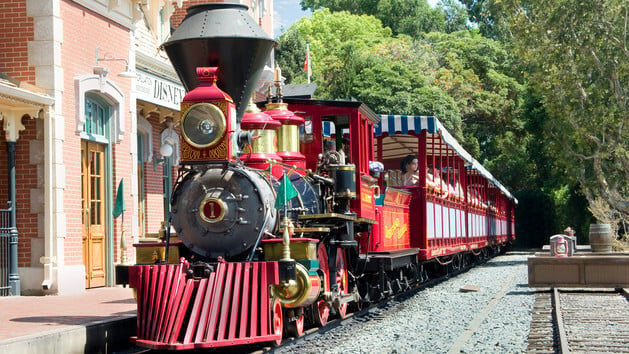 As Disneyland enthusiasts anxiously await the resort of the Disneyland Railroad and other attractions in and around the Rivers of America this summer, it’s exciting whenever new information about the updated track is revealed, no matter how small.

Since its opening in 1955, the railroad has only ever circled Walt’s original Magic Kingdom in a clockwise manner, veering to the right whenever it reached a turn. Today Disney revealed that for the very first time ever, the Disneyland Railroad will turn left after traveling out onto the extended the track’s new trestle above the Rivers of America.

Also confirmed is the return and relocation of the park’s Indian Village, now with a “more prominently featured Shaman” animatronic character. While this information was already gleaned from fans via the concept art released by Disneyland last year, it’s nice to have official word that the village will remain intact, if in a different place along the riverbank.

No re-opening date has yet been announced for the Disneyland Railroad or the Rivers of America, but official sources keep saying “summer,” so here’s hoping we get more information soon!