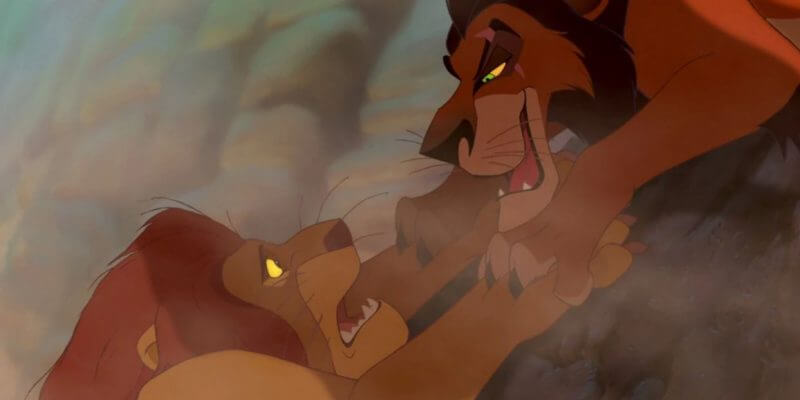 Long Live the King!  The worst of brothers, that scheming feline king slayer, Scar, is the subject of our next Disney villain profile.

Simba’s sinister Uncle, Scar, first appeared in Disney’s 32nd animated feature, “the Lion King.”  His jealousy of young Simba replacing him as successor to the throne drove Scar to a murderous conclusion.  The death of Mufasa made Scar regent of the land as Simba was too young to rule. Ultimately Simba regains the throne and brings harmony and happiness back to the land. According to the Disney children’s book, “A Tale of Two Brothers,” when he was younger, Scar used to be called Prince Taka until his failed attempt to discredit his brother left him with a large scar across his face. This failure and marking drove him to change his name to Scar as a reminder of the incident. The character of Scar was inspired by a mix of nefarious historic characters.  Part King Claudius and part Macbeth, the fiendish feline was further modeled after Ramses II and Adolph Hitler.  In the “Lion King” films, Scar is voiced by actor Jeremy Irons. Tim Curry was originally cast, but had to leave to film “Home Alone 2.”

On the small screen, Scar appears in “Timon & Pumbaa,” “House of Mouse,” and “The Lion Guard.” Beyond the animated incarnations of this opportunistic lion, Scar was also the antagonist in the Broadway musical variation of “The Lion King.”  The role was mastered by John Vickery. This major villain can also be found in Disney theme parks as part of several attractions and shows.  These antagonistic appearances include “Fantasmic!” “World of Color,” “Sorcerers of the Magic Kingdom,” The Legend of the Lion King,” “Villains Tonight!” and “Happily Ever After.”