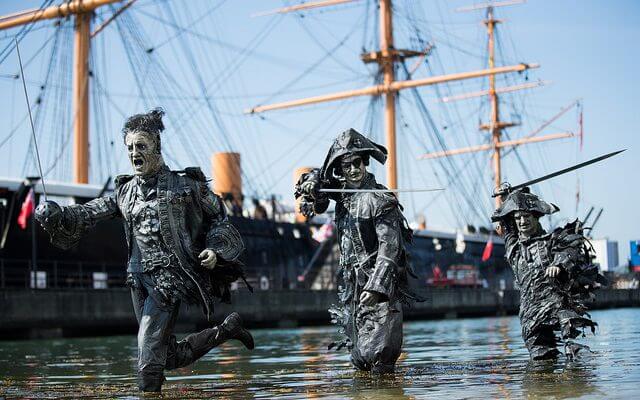 Beachgoers along the British coastline were surprised by pirates today as Disney unveiled three promotional art installations ahead of the release of their fifth ““Pirates of the Caribbean movie.

These ghostly statues were spotted in Brighton Beach, Birling Gap and the Seven Sisters in Eastbourne and HMNB Portsmouth Harbour. The statues, which were installed overnight and revealed at low tide this morning, portray characters from new film including Javier Bardem’s Captain Salazar. Comments Off on Disney unveils unique art installations to promote ‘Pirates of the Caribbean: Salazar’s Revenge’