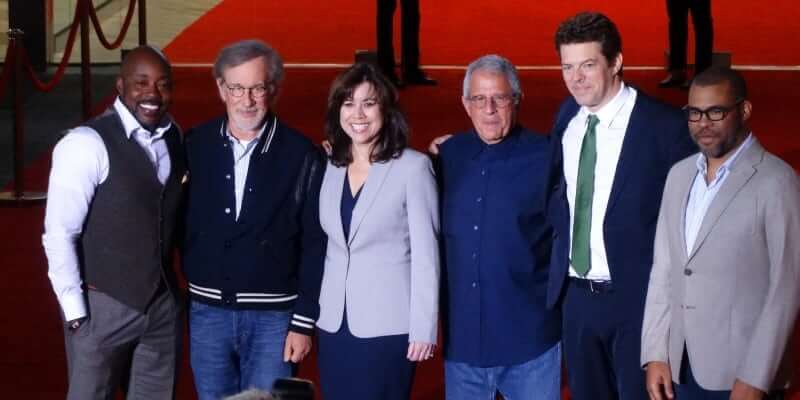 The Universal Cinema multiplex has been operating (under several different names) at Universal CityWalk Hollywood for over two decades, and now it has undergone its most extensive renovating and redesign yet, fully upgraded with “the most technologically advanced sight and sound achievements,” fancy reclining seats, and a new Director’s Lounge cocktail bar on its second floor. The theater’s IMAX auditorium has also been enhanced with 4K laser projection and 12-channel sound.

Yesterday Universal held an official grand opening ceremony to usher in the new age of Universal Cinema with the help of NBC Universal Vice Chairman Ron Meyer, new Universal Studios Hollywood President Karen Irwin, and special guests Jason Blum (producer of “Whiplash”), Jordan Peele (director of “Get Out”), William Packer (producer of “Straight Outta Compton”) and the legendary Steven Spielberg (director of “Jaws,” “E.T. the Extra-Terrestrial,” and “Raiders of the Lost Ark,” among many others.)


For an in-depth look at the Universal Cinema’s interior, check out our photo tour preview from this past February.

Universal Cinema is now open at Universal CityWalk Hollywood in Universal City, California. Be sure to visit the theater’s official website for more information and advance ticket sales.