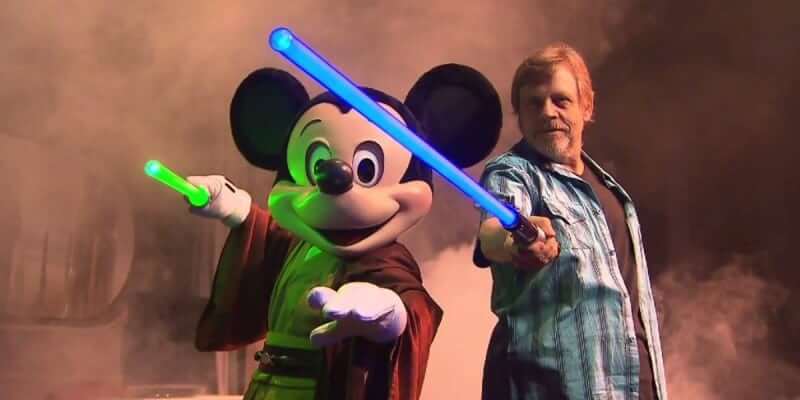 Among the many tidbits of information dropped by the panel of Walt Disney Imagineers and Lucasfilm creatives today at Star Wars Celebration 2017’s Disney Parks panel was a confirmation that the team has designed a new method of creating realistic lightsabers for use in the new Star Wars expansions coming to Disneyland and Walt Disney World.

The panel’s moderator, voice actor David W. Collins remarked that he recently had the opportunity to visit Imagineering headquarters in California and witness the progress on the new technology. “I saw them, and they’re real. Lightsabers are real.”

“We knew with @starwars we have to have lightsabers.” Moderator says he’s seen them and they’re real. @DisneyParks #SWCO

“We wanted to share this stuff at this early stage so you can feel like you’re coming along on this journey with us.” @starwars @DisneyParks pic.twitter.com/7ZqE4BSRb7 — Inside the Magic (@InsideTheMagic) April 15, 2017

There aren’t any specifics just yet as to how exactly Disney is managing to accomplish such a task, but this patent filed last summer might provide some clues as to what guests can expect from the famous Jedi weapons once the highly-anticipated new areas open in 2019. Stay tuned to Inside the Magic for more from Star Wars Celebration 2017 and of course any and all news from Disney theme parks!