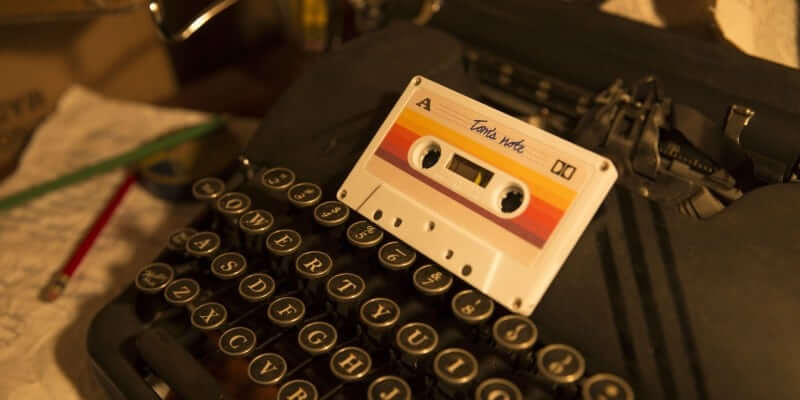 Considering the fact that many of its most renowned incarnations tend to go up around Halloween time, it can be easy to presume some sort of supernatural content going into an immersive theater production. That’s the mistake I made entering the new production “The Nest”– currently playing in Los Angeles– although I don’t necessarily think it affected my experience in a negative way. Conversely, it set the stage for the rug to be pulled out from underneath me when the story was revealed to be a moving, tragic character study of loss and regret.

“The Nest” pushes the boundaries of immersive theater by scaling everything back. The space is small and cramped (although it has been meticulously transformed into an expressive mini-maze with intricately resonant production design), the ideas are personal and desolate, and the puzzles are straightforward– more pathways to the next chapter of the story rather than intentional stumpers. After meeting with a representative from the show outside a modest suburban home, players are told that they are the heir to the storage room of a relative named Josie, and then ushered around the back into a small garage, wherein the entire performance takes place. I say “performance” even though there are no live actors in the space with you. The entirety of the tale is delivered via a series of audio cassette tapes, discovered throughout the miniature labyrinth erected from cardboard boxes and Josie’s assortment of various bric-a-brac.

The actors delivering the show’s backstory all do a fine job over the recordings, but the real star of “The Nest” is the set design. Creators Jarrett Lantz and Jeff Leinenveber (both designers at Walt Disney Imagineering, and it shows) have done a remarkable job of conveying the loneliness and heartbreak of Josie via the mess she left behind: a tangled web of belongings documenting a life of remorse and sorrow. It’s pitch-black inside the storage unit, and all you’re equipped with is an untrustworthy flashlight. The interactive elements begin when the participant(s) find an old cassette player in a wicker basket. The tape inside, once played, begins unraveling the decades-long account of a woman who had high aspirations in life, only to be met with frustrating setbacks along the way. Each cassette leads to the next, a new area, and a new set of clues. There are combination padlocks to be opened, strings to follow, and rooms to be explored, all in service of adding to Josie’s lamentable testimonial.

Aside from the ostensible fictional relationship the player is assigned with the story’s protagonist, it’s difficult not to start to feel a genuine kinship with Josie as you learn more about her hardships. In a way, you’ve taken on the role of her post-mortem archivist, and the desire to learn more about her grows with each mysterious discovery. I played through “The Nest” with a friend, but attendees also have the option of entering the story solo, and after considering the potential contrast, I have to say I’d probably recommend the latter. As moody and secluded as the experience felt with a partner, I can only imagine how effective and evocative of Josie’s isolation it would be were a participant entirely on one’s own.

The only other forewarning I would give (for fear of revealing too much) is that “The Nest” isn’t an Escape Room. It’s also not the heart-pounding thrill-ride of other L.A.-based immersive theater events like “Delusion.” This is a small, intimate narrative told through unconventional means. Players are encouraged to take their time, to absorb their surroundings, to appreciate the ambiance. There are no ghosts in this story, but “The Nest” is haunting nevertheless. “The Nest” is playing now through May 28th in the Los Feliz neighborhood of Los Angeles. All shows are currently sold out, but an extension is possible. Be sure to sign up for email updates on the show’s official website.

UPDATE 5/3/2017: “The Nest” has extended its run for select dates in June. Visit the show’s ticketing page to register now! Tickets are $65 for the one-hour experience, and guests can choose to attend alone or with a guest. The June dates will go on sale tomorrow, May 4th at 12:00 Noon PST.

Comments Off on REVIEW: “The Nest” brings haunting intimacy and eerie solitude to immersive theater in Los Angeles