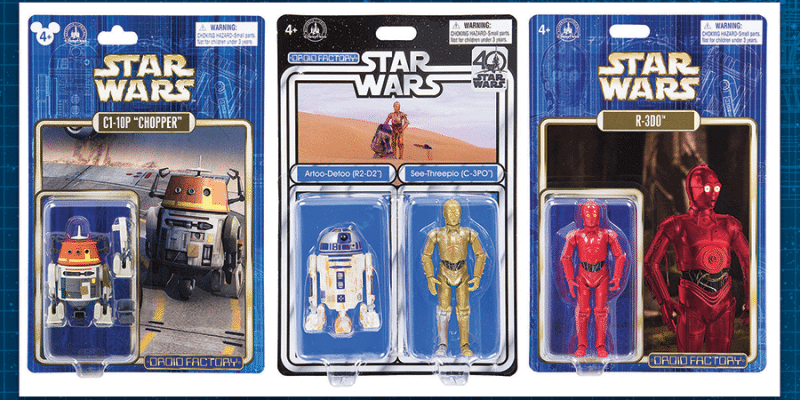 With Star Wars Celebration 2017 just two days away, we’re going to start seeing a flood of announcements and new product reveals coming from Lucasfilm, Disney, and plenty of other Star Wars licensees.

Today Disney revealed some new Droid Factory toys that will be coming to the American Disney theme parks immediately after the convention: we’ve got Chopper from “Star Wars Rebels,” a two-pack of R2-D2 and C-3PO, and heretofore-unmade red protocol droid R-3D0 from “Star Wars: The Force Awakens” (not to be confused with R-3PO from “The Empire Strikes Back”). Also available will be this four-pack of astromech droids from “Star Wars: Clone Wars” and the following plush doll of Paploo the Ewok and new lightsabers inspired by designs from “Star Wars Rebels.”

These products will be available at the Disney Parks merchandise booth (#3463) during Celebration and then at both Walt Disney World and Disneyland Resort the following day, April 17th. Star Wars Celebration takes place this Thurday, April 13th, through Sunday, April 16th at the Orange County Convention Center in Orlando, Florida. Be sure to visit the event’s official website for more information and ticketing resources.