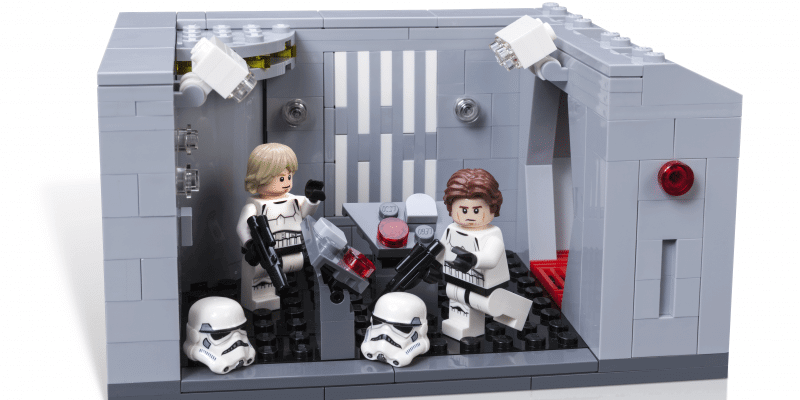 Star Wars Celebration 2017 in Orlando is now just nine days away, and we’re still getting some peeks at exclusive merchandise that will be available from various exhibitors and vendors around the convention.

This morning Lego revealed the Detention Block Rescue Building set, which will be available only at Star Wars Celebration next week to raffle winners who will then have an opportunity to purchase the set for $40 at a scheduled time from the Lego booth during the show. The set features Lego Minifigures of Star Wars main characters Luke Skywalker and Han Solo in their Stormtrooper disguises, as they attempt to rescue Princess Leia (not included) from the Death Star’s Detention Block AA-23. In order to enter the raffle, attendees must enter the Lego Exclusives Lottery at the official Star Wars Celebration website.