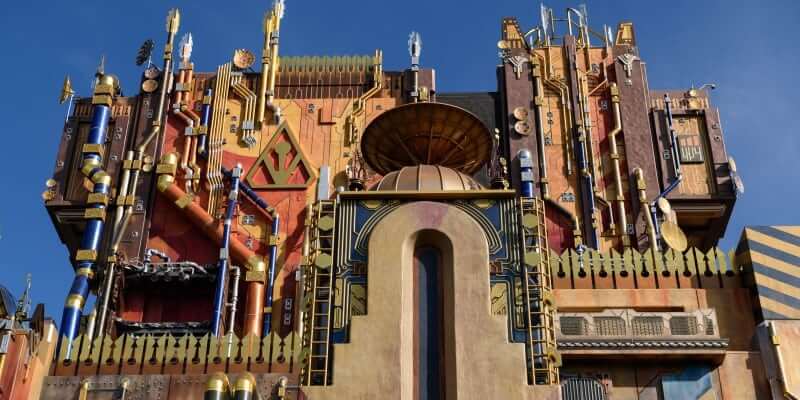 The Summer of Heroes is fast approaching at Disneyland Resort, with the new Guardians of the Galaxy – Mission: BREAKOUT! attraction nearing completion. The ride has replaced the former Twilight Zone Tower of Terror in the Hollywood Land section of Disney California Adventure park, with the 1930s-themed Hollywood Tower Hotel transformed into the futuristic fortress of the Collector character from Marvel Comics.

Today Disneyland released its first official images of the now fully-unveiled facade for the Guardians of the Galaxy ride, which will utilize the same accelerated drop tower mechanics as the Tower of Terror to take guests on a thrilling escape mission with the help of Rocket Raccoon and his band of unlikely adventurers.

Related: ‘Guardians of the Galaxy‘ Coaster Construction: When Will the Ride Open?

Guardians of the Galaxy – Mission: BREAKOUT! officially opens to Disneyland Resort guests on Saturday, May 27th at Disney California Adventure. Be sure to visit the park’s official website for more information and advance ticketing resources.